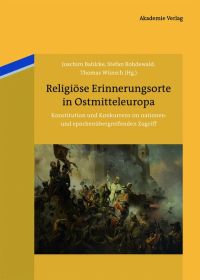 This impressive tome belongs to the category of books that could cause serious harm to a person, if dropped on him or her from the second story of a building (American reckoning). More a uniform encyclopedia and reference work than a loose collection of essays, beautifully produced on paper to last the ages, with numerous grey-scale illustrations to help bring important points home, although most readers will probably not swim directly from shore to shore, many will make frequent dips here and there, helped in their choices by simple, and yet absolutely clear guides and indices, finally covering much of this expansive sea of information.

The project was about ten years in the making, and the careful thought put into the structure of the whole in the course of discussions in smaller and larger forums, into the large topical 'chapters', the choice of entries and their authors, and a relative uniformity of entries make the book much livelier and more thought-provoking reading than any encyclopedia, much more coherent than any conference-style essay collection.

The project, conceived in April 2004 within the Fachkommission Kirchen- und Religionsgeschichte of the Johann Gottfried Herder-Forschungsrat, emerged gradually to take this impressive form. The initial task was to establish a canon of religious 'sites of memory' representing, in at least rough outlines, the various subregions of East-Central Europe: a northern tier focused on the Baltic states, a more central section with Poland, the Czech lands and Hungary, and a southern region that would reach into the Balkans. A decision was reached early on to factor out the majority Muslim and Orthodox lands, id est, the Ottoman Empire / Turkey and Russia / Soviet Union. Even so, the task to come up with a 'top 100 list', even for representatives of a dozen fields, proved daunting. Programmatic conferences in 2006 and 2007 laid out methodological norms, and a website established in 2007 facilitated the sharing of information and the recruitment of further collaborators.

The result is a brief 'Preface' by the three editors in which they describe the process outlined above, followed by an excellent eleven-page 'Introduction' by Thomas Wünsch, professor at the University of Passau, which deals widely and subtly with the history of the field and the terminological problems that arose as it became clear that these 'sites' would have to be treated in a broader, metaphorical sense, not just as geographical places on a map, but also as people (fictive and historical - or a combination of both), as events, as things (for example architectural artifacts), as 'social artifacts', as ideas et cetera. Accepting the notion that the field of common interest would have this sort of thematic breadth, the organizers nonetheless decided to reject proposing new terminology such as 'Erinnerungsräume', 'Topoi der Erinnerung', or 'Figuren der Erinnerung' and adhere to the well-established term 'lieux de memoir', with the caveat that the 'site' ('Ort') would be used in this capacious sense. Wünsch's essay is especially thought-provoking when it turns to the peculiarities of the study of sites of memory in East-Central Europe, where for much of its recorded history we find particularly densely mixed pool of ethnicities, cultures, languages, confessions, religions, styles in art and architecture et cetera. This 'simple' fact brings with it a particular, often intense competition between multiple communities over the 'same' thing (which of course ceases to be the 'same' once the competition intensifies). To grasp the point, one need reach no further than places of religious worship and cult that have, in some sense, 'switched hands'. Another factor of particular interest in the study of sites of memory in East-Central Europe is the question of fragmentation, or disruption. All of the peoples of this area - even the 'lucky' nations, those that can most easily lay claim to being 'historical' (Poland and Russia, for instance) - must find a way to write discontinuity into their individual stories, and this fact includes the study of sites of memory as much as the study of national historiographies.

I also count 81 authors, all of them writing in or translated into German, including seasoned veterans and rising stars alike, from throughout the area under investigation. They are listed at the end of the volume with addresses for readers who might like to continue the discussion with a given author. There is a lengthy (24 pages) index of persons, well identified by some of the titles that accompanied them in life and death (but no dates); and an index of places, carefully spelled (if there is no generally agreed-upon modern German orthography) in the main language spoken by the individual or at the site in question. Personal names and toponyms are particularly tricky, and the editors have been careful to give the cross-references for the many variant spellings of names (especially of the latter).

The articles adhere to a certain norm. The title is followed by a list of contents, always begun with 'I. Zusammenfassung' [Summary] and ending (the exact Roman numeral depending on how many subtopics are treated in the given article) with a generous and perceptive 'Auswahlbibliographie' [Select Bibliography]. The subtopics treated between the two bookends of the entry's description (beginning with Roman II) are indicated with clarity and good reason. The authors are identified in the table of contents at the beginning, at the end of each article, and in the list of contributors at the end of the volume. Although there is obviously some discrepancy in the length of the various articles, a norm seems to hover around 10 densely printed pages.

A short review can only give a sense of the ambition of the undertaking, the extent to which these ambitions have been aptly met, and a few of the entries awaiting the reader. This is a book that should be in reference libraries for anyone who works on sites of memory, the religious, cultural, ethnic, architectural (and other) histories of all of East-Central Europe, and, quite simply, for those who wish to know something of Europe's diversity, some of the things that brought us to where we are today. The planners, editors, collaborators, producers, publishers deserve high praise. This is a work that will be well thumbed for many years, and with considerable gain to the reader.