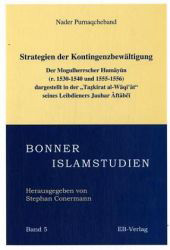 In their pioneering article on "Classical Arabic Prose Literature: a researcher's sketch map" Stefan Leder and Hillary Kilpatrick suggested working with Arabic texts in a new way. Instead of simply evaluating the content of the sources, they urged, future researchers should also adopt the new approaches coming from literature studies, such as the narratological approach. Unfortunately, since then little has changed, even though Leder continued to work in this field over the next ten years, publishing several other important studies. In the middle of the 1990's he was joined by Daniel E. Beaumont. [1] However, it seemed that this narratological approach, because it derives from literature studies, has only been considered of use to investigations of literary and prose texts, and has therefore attracted little attention from scholars who are working on historical or sociological issues. [2]

This all changed in 2002 when Stephan Conermann's study came out. For the first time the narrative structure in Mughal chronicles was carefully analyzed, making it possible for researchers to base their studies on his results. Conermann argues, that the linguistic constituent and the structure of historical depictions are a general and unavoidable historical problem and must be therefore accordingly analyzed. A narratological analysis offers several possibilities to work on this impressive mass of source material and to examine certain cultural practices during the reign of a speficic (islamic) ruler. These (early modern Mughal) chronicles are a certain form of expression, through which a culture becomes vividly understandable and conclusions to specific mentalities of the époque are becoming more possible. [3]

Stephan Conermann certainly pointed the way for future investigations on the narrative of historiographical texts: In the present study Nader Purnaqcheband shows how this narratological investigation of the Mughal chronicles provides a better understanding of this fascinating period and its culture. His work on the second Mughal emperor Humāyūn (governed 1530-1540 and 1555-1556) and his chronicle, the taẕkirat al-Wāqi'āt, written by his servant Jauhar āftābč ī, is a detailed investigation of this Mughal chronicle and it's narrative structure and an important contribution to the field of Mughal historiography.

Like Conermann, Purnaqcheband distances himself clearly from the classical structuralistic point of view to reduce the text mainly to his symbols and signs. Rather, a narratological investigation should focus on the non-linguistic elements, the setting, the plot and especially the emotions, which are crucial to generate the text (24-25). In this context, Purnaqchband appeals, to take a very critical look towards the postmodern approaches, those of Derrida, Haydn, Barthes and Foucault, which might lead us to a cognitive and epistemological nihilism.

Beside the analysis of the structure and the content of the text, the literary structure also has to be analyzed (do we find a very sober style, what about the direct and indirect speech of the author?). Next to this, the narrative elements are crucial: What are the aims of the anecdotes, where do we find insertions of salvation, which verses of the Qur'ān are used, do we find other Turkish or Arabic elements? Where and why? Is the story told by an omniscient author? Is he everywhere at all times or is he quoting other persons as well? To what extent is the text framed by dreams and oracles? Do we find similarities to other Mughal chronicles and what are the dreams telling us, how should we deal with them and where did the author exactly want to guide the former recipient?

In an impressive way, Purnaqcheband consults literature from all areas of research, including classical studies such as those of Richard van Dülmen and Rebecca Habermas and one can only marvel at how he uses their approaches for his own research to analyze the function of wonders and miracles during this critical episode of Mughal kingship under Humāyūn. [4]

In sharp contrast to the former works and translations of the taẕkirat al-Wāqi'āt, which ignored the function of dreams and wonders, focusing instead on the classical question of "how it really was" (Bühnegeschichte ), Purnaqcheband argues that it is precisely those parts of the text that explain in detail the main intention of the chronicle: namely the legitimization of Mughal rule in Northern India around 1580 (the time in which the taẕkirat al-Wāqi'āt was written). Here, Purnaqcheband follows constantly the important appeal, written some years ago by the author's of textures of time:"We do an injustice to the sources if we begin to filter their contents through a process of evalutation informed by our notion of what constitutes a fact." [5] In addition to this, Purnaqcheband argues that a core issue of historical work is that of de-masking the textual narrative structures.

Another extremely interesting approach of Purnaqcheband's study is to differ between affective and cognitive representation (62-67). Whereas the cognitive representation symbolize, let's say, the polished and corrected parts of the texts (such as anecdotes), the affective representation deals with the humiliations Humāyūn had to suffer. Jauhar clearly had to struggle with the expulsion of his master as the legitimate Sulṭān from northern India to Iran (1540-1555). Purnaqcheband describes the authors narrative strategies when they recount how the small group of Mughal refugees handled this situation (69-71).

Since some time one can easily get the impression that non-European areas are only worth being mentioned and worked on if there is a potential connection with Europe - or, in the words of William Dalrymple: "For a time when ten thousand dissertations and whole shelves of Subaltern Studies have carefully and ingeniously theorised about orientalism and colonialism and the imagining of the Other (all invariably given titles with a present participle and a fashionable noun of obscure meaning - Gendering the Colonial Paradigm, Constructing the Imagined Other, Othering the Imagined Construction, and so on) [...]" only a very, very few studies have ever been written or have ever systematically explored the narrative structure and deeper meaning of these type of sources.

Therefore, Purnaqcheband's excellent work is crucial, as it convincingly points out the potential of a narratological investigation into these types of sources. [6] In addition to this, the second part of the book, the translation of the text and Purnaqcheband's comment on it (111-281), demonstrates his considerable philological skills. The sections dealing with poems, for example, are impressive.

One can only hope for a translated version into English, which would make an important contribution to the Anglo-American dominated research on the Mughals, in which William Dalrymples just mentioned critic might has already become true.

[2] The only exception for a long time has been the important study of Marilyn Robinson Waldman: Toward a Theory of Historical Narrative. A Case study in Perso-Islamicate Historiography, Ohio 1980.

[6] Fortunately, Sönke Finnern presents us in his recent and important study a detailed instruction, how to utilize precisely the methodological questions of a narratological investigation. See Sönke Finnern: Narratologie und biblische Exegese, Tübingen 2010. Finnern's study is reviewed as well in detail in the current issue of the 'Islamische Welten'.