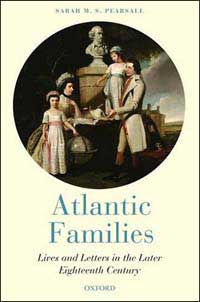 After "race", "gender", and "class" came "Atlantic" and "memory". Now we are blessed with "letter writing", "letter culture" and the concern that both might be drowned in the flood of e-mails. This is one way to summarize the historiography of cultural history for the last thirty or forty years. Major presses who before prided themselves with books on "race" and all the other key terms already mentioned now rush their contributions to the new craze to publication: The new era began gingerly with Roger Charier's magisterial Correspondence: Models of Letter-Writing from the Middle Ages to the Nineteenth Century (Princeton UP 1997). By 2008 we had already reached the stage of conference publications on Studies in the cultural history of letter writing. [1] The crop we are harvesting now is rich, colourful and subject to Bernard Bailyn's famous query: "So what"? Major publications on letter writing in England include the study of Gary Schneider on Letter Writing In Early Modern England, 1500-1700 [2], Susan E. Whyman on The pen and the people: English letter writers 1660-1800 [3], and Catherine Golden on The Victorian Revolution in Letter Writing. [4] The crop on letter writing in North America is of course not less impressive. [5] The study of Sarah Pearsall is, thus, a contribution to a flourishing, new, and rather fashionable field of scholarship. In her title she adds new glamour to this newly growing field of cultural history: she combines the historiography of "letter writing" with that of "Atlantic history". This crossbreed child had to be born.

Pearsall's study is divided in two parts. The first four chapters focus on four different emotional mindsets of families: fractured families, familiarity in communication between family members, sensibility in their dealings with each other and the importance of "credit" in letters between fathers and sons. In the first chapter of the second part the theme of credit holds centre stage in the exchanges between a stern father in England and a soft son whom the father perceives to be an economic looser and thus a blemish on the family's pride and reputation. The second to last chapter describes the effects of separation of man and wife during the American Revolution or, to put it differently, the anguish and terror of having to choose between political values and the demands to return and live with the wife or husband. The final chapter focuses the quagmire of an elderly very rich Jamaican plantation owner who faces his wife's betrayal with the younger husband of his daughter (even worse: the husband of his daughter who is an Anglican clergyman!). After carefully surveying the options described in the customals of the times and weighing the losses and profits of a costly and scandalous trial for divorce the planter decides to let matters stand as they are and live without his young wife. All in all these eight chapters tell us in measured and well crafted prose that letters carry emotions of different kinds over distances - if we are lucky, some of them even across the Atlantic.

So what? First of all, the study skillfully embeds eighteenth century letter writing into eighteenth century cultural views of maintaining cultural relations expressed in the many manuals on letter writing. Second, in her fourth and fifth chapter Pearsall eloquently blends the meaning of "credit" as an economic term and a key feature of economic and social behavior with the emotional nature of social relations through letter writing. And third and last, the chapters very convincingly demonstrate that letters were important carriers of emotions of various kinds; these emotions were expressed, so the author repeatedly stresses, on both sides of the Atlantic in accordance with the messages conveyed in the manuals on letter writing. These are valuable qualities of a study that reads well and is full of insightful vignettes.

I do have three problems with the book: First, this is a study of the emotional nature of letter writing without incorporating this important insight into a content analysis of the letters themselves. In most cases we are only given the bare essentials of the context - the barebones of the economic activities of the young man in the eighth chapter, for example. The study divests the contents of the letters from the emotional message. And that leads to my second problem: What have we learned once we know that letters are emotional messages? We are, so one could argue, made sensible for the fact that letters are more than just bare texts; they convey more than just meanings, they carry emotions over land and water. I have a sense that most of us historians knew all that already. Finally: The title of the book is "Atlantic families". Yet the authoress nowhere asks herself whether within the American and within the British or Caribbean societies emotions played the same roles. For her these are all happy members of one British society that shared the same values, the same ideas and were part of the same culture. Many scholars, me included, do not share such a naïve assumption.