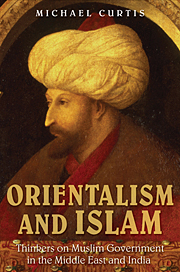 Americans leaving Iraq in agreement with the government of this country after more than six years of war. Thus, U.S. combat troops met a June 30 deadline to withdraw from the cities. If everything goes well, they slide into an advisory role. The transition to Iraqis goes fully on. They take control of their destiny. But this milestone in mid-2009 marked also another event. An American advisor to the Iraqi military's Baghdad command edited an unusually blunt memorandum. Therein, Colonel Timothy R. Reese concludes not only that it is time for the U.S. to declare victory and go home. But he points at systemic flaws beyond the military. His remarks sound very familiar if you consult this timely book by Michael Curtis on the history of American and European thinking about the Middle East.

Let us take a look at Reese's key notions, then into one example of this book: Corruption is widespread. Neglect and mistreatment of people is the norm. Cronyism and nepotism are rampant. Laziness is endemic. Extreme centralization is the norm. Lack of initiative is legion. There is an unwillingness to change or to do anything new so that the progress is blocked. A near total ineffectiveness prevails in institutions. Sure, Reese says, there are always good examples and exceptions among Iraqis. But he claims that they are currently unable to plan ahead, to stand up against certain parties, to instill discipline and to take steps to manage the development. Is there an underlaying historical or general pattern?

Rutgers University emeritus Curtis claims that the contemporary Middle East and today's nature of Islam can only be fully understood in the light of the past. He reminds us that thoughts and events have antecedents and consequences. Thus he poses questions anew in the light of European views about despotism: are Arab Muslim societies compatible with democratic governments based on the principles of human rights? Are those regimes able to reform? Can they owe allegiance to society and state not only oriented to religion? 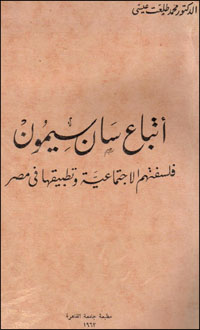 According to Curtis not all of the European writing about those Islamic regions is racist, imperialistic, or ethnocentric. With this notion he refutes reductionist allegations made by English professor Edward Said in his book "Orientalism" of 1978. So Curtis investigates first broader topics as European views of Islam and their correlation to so called Oriental despotism, observant travelers and political thinkers. Then he tells us how the European writers of the 18th and 19th century see Oriental despotism: Charles de Secondat Baron de Montesquieu, Edmund Burke, Alexis de Tocqueville, James Mill (and John Stuart Mill), Karl Marx (and Friedrich Engels) and Max Weber. A very good and unique selection to which one might add Henri de Saint-Simon who gained a remarkable influence in Egypt.

The author, also known by books such as the "Verdict On Vichy" and "Totalitarianism," does challenge us on his fine journey into intellectual history. Before coming to conclusions, as an example, I highlight his thoughts on Karl Marx, the Asiatic mode of production and Oriental despotism. Indeed, Curtis rescues a tradition that is, besides of the Middle East, still an analytical tool for India, China and Russia. How they evolved their societies, to where did they open a path to modernization? Can they offer clues for Arab societies like Egypt in the Middle East?

Michael Curtis discusses the Asiatic mode of production as coined by Karl Marx in his "Capital" of 1859: the economic base and its political superstructure, Oriental despotism. But, says Curtis, Chinese communists and Soviet experts buried that dangerous concept in Moscow in 1928 and Leningrad in 1931. Stalin ignored it since 1938. Yes, for obvious reasons: it would lead to insights that basics of Marxist theories may apply to advanced societies in Western Europe but not to Afro-Asian regions. In other words: the analysis of Marx, its consequences and "revolutionary prospects" deal with a regional exception, the democratic island of Britain. Marx touches just on the sidelines India, Russia and China.

Curtis explains phases and contents in which Marx and Engels deal with the Asiatic mode of production. They watch closely the British policy in India. So they discover: there is no evolutionary strain in which a main form of private property leds to another one like in Western Europe. Both regard the absence of private ownership not only "the key even to the Oriental heaven." But the Oriental history appears to them as a "history of religions." They argue also that Muslims spread a no-property principle throughout the whole Asia.

Both take geographical factors into account. Explaining the stationary nature of India in 1853, Marx points at the public works as business of the central government which rules over a microcosm of villages. He discribes a system of tribal, common and state property. It still exists in his time as the reason of Oriental or stagnant Asiatic despotism. Later, he discovers also some variations of state and private property in Africa, Russia and China.

In 1882, we add here, he lives in Algiers for two months. He gains insights in Muslim life of a French colony. But he does not change his theory: the state, embodied in pharaoh or sultan or mughal, is the one all-embracing unity, the patrimonial higher or sole proprietor. The people are in the communes only temporary and hereditary possessors. This upper unity is the real owner of the main means of production, including soil and irrigation. The individual in the village is just the transitional possessor. In "consensual relations" though nothing leads to an unilinear inner-dynamic progression, claims also inspired by Marx the German August Bebel about the "Muhammadan-Arab Period of Culture" in 1884. [1] Main impulses come from the outside for revolution, destruction, rejuvenation and conservation.

From here stems a vast literature about the historical role of European colonial ventures. If Asiatic despotism is true and moves in circles, there emerge no antagonistic classes yet, neither is "class struggle" the driving force of history. Thus, no profound socio-economic revolutions are to be expected like in Western Europe except of the usual coup d'états or palace revolts (later, for this reason the Soviets would support the industrialization of those countries generating the missing class fighters). [2] Without wage workers en masse in peasant's lands, the whole revolutionary Marxist theory fails. Or as a Syrian leader once troubled an East German envoy in Damascus: "You come always with your policy for the working class. Well, in this old country, I can put your proletarians into my vest pocket."

Luckily, as Michael Curtis reveals, Marx liberated himself of ethnocentric views. In 1881 he groups his Asiatic mode of production into the first type of archaic formations on the original level of agrarian communities. Do those tribal countries have to go through the European strain of private property to get to Communism? No, he says: But they need to be towed into progress by a proletarian revolution in the West. Since a revolution did not succeed there, but did in the least developed Russia, Lenin adapted a bizarre global leap of Marx' Western theory to his East. Not to let others discover this historical inversion, the Soviets supressed Marx' thoughts about the Asiatic mode of production. So did the Chinese, just to return with Mao to it in vulgar ways: "world village against global town." 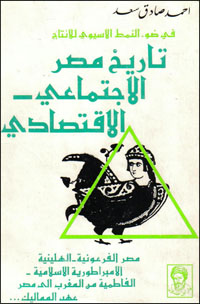 After Stalin, in 1957, Karl August Wittfogel furthers Marx' ideas in his book about the "Hydraulic Society." He puts the Oriental despotism in a comparative light of totalitarian powers. So does Ahmad Sadiq Sa'd of Egypt in his "An-Namat al-Asiyawi lil-Intaj" in 1979. A school of this "Asiatic mode of production" supports there the concept of Arab Socialism. The prophet Muhammad becomes, as Egypt's Abd an-Nasir famously claims, "the Imam of the Socialists." A theoretical step further goes Hisham Sharabi in his book "Neopatriarchy" or "An-Nizam al-Abawi" of 1988. [3] The Egyptian Hasan Hanafi suggests an occidentalistics in his "Muqaddima fi 'Ilm al-Istighrab" of 1991calling for a likewise solid study of Europe's thinkers and historical ways from the Middle Eastern viewpoint. [4]

Today, basic ideas as researched by Curtis concern again Middle Eastern lands. Take his book, if you like a non-ideological study how the brightest in Europe saw the Afro-Asian areas. Michael Curtis offers us great scholarship. This enables us to catch better the echo and the congenial spirits from Afro-Asian lands. Therewith we can rethink also Timothy R. Reese's observations: what are passing and what are systemic flaws, and where might lay some real keys for a true development for people in the lands of Islam and the Middle East?