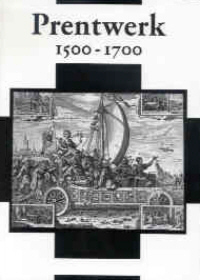 The reader who, judging by the title, would consider the Netherlands Yearbook of 2001 to provide some kind of overview on the state of the art of research on Netherlandish printmaking in the sixteenth and seventeenth century is bound to be surprised or, possibly, even disappointed. The handsomely produced volume of this longstanding and well-received yearbook - that in itself is worth a compliment to the subsequent generations of editors - contains eight essays, all but one focussing on prints made in or around Antwerp and Haarlem in the last quarter of the sixteenth century. The sole exception is Ilja Veldman's contribution on Crispijn de Passe the Younger as a publisher of prints illustrating contemporary political issues (also known as broadsheets) in the second quarter of the seventeenth century. Considering the fact that De Passe at that point follows rather traditional patterns of imagery dating back to his father's forming years in Antwerp, the entire volume in fact concentrates only on one, albeit decisive period in the history of printmaking in the Netherlands.

The introduction is written by Mark Meadow. It is sadly - given the many exemplary publications, although not in the field of printmaking, by this well-established scholar - the most disappointing part of the yearbook as it mainly, and rather lengthyly, summarizes the essays. I personally would have at least expected a critical overview of trends and developments in the scholarship on Northern European printmaking, a field that has undisputedly seen major developments in the last twenty years and is considered by many to be currently one of the most innovative fields of study on Dutch, Flemish and Netherlandish art. One only has to think of studies, to name just a few, by Peter Fuhring on such different subjects as ornament prints and publisher's catalogues, by Erik Hinterding on watermarks in Rembrandt prints, by Eddy de Jongh and Ger Luijten on 'genre' prints, by Ad Stijnman on the technical aspects of printmaking, by Peter van der Coelen on biblical illustrations in the sixteenth and seventeenth centuries, by Gerdien Wuestman on 'reproductive' prints in the late seventeenth century, by Jan van der Waals on the collecting and use of prints in the seventeenth century in Holland, by Jan van der Stock on early production of prints in Antwerp, by Jan Piet Filedt Kok on stylistical and technical issues in the work of such masters as Lucas van Leyden, Goltzius, Muller and De Gheyn, by Ilja Veldman on iconography in the widest sense of the word, by such authors as Timothy Riggs, Nadine Orenstein and others on the role and importance of print publishers in the production of prints, and so forth. All these, and so many other studies have not only completely altered our view and understanding of how, where, when and why countless numbers of prints were produced in the Low Countries, and why this was particularly important in Holland and Flanders between 1500 and 1700. They have also clearly influenced our knowledge of the production and spread of images in general in this period - not only in Northern Europe, but also elsewhere. We are now only beginning to discover the extent to which the astonishing number and variety of prints from this small part of Europe influenced imagery made in such diverse regions as France, Spain, Italy and, more surprising perhaps, also India, China, and from the late sixteenth centuries on also the American continents.

According to Mark Meadow the volume "is devoted to examinations of political, moral, religious and intellectual functions of printed images in the sixteenth and seventeenth centuries [...] and demonstrate the complex ways in which individual images participate in a cohesive visual culture, in a complex web of reference and resonance" (7). This in itself, written in slightly awkward and unnecessarily learned phrases which prevail in the introduction, is perfectly justifiable - although, again, it seems to be a missed opportunity not to have attempted to at least provide a broader and general context on the history of printmaking in the Netherlands in the given period. Of course, I fully realize that the editors and the publisher for such costly and in commercial respects unrewarding endeavours completely depend on the time and willingness of authors to contribute without any remuneration, a fact that is too often overlooked. I have to admit, for example, that due to other pressing obligations I failed to hand in a survey of print publishing in Antwerp in the late sixteenth century at the very last moment. This would, on the other hand, have been an essay that would only have strengthened the already one-sided emphasis of the publication here reviewed.

The essays themselves are of a consistent and undisputedly satisfying quality. Perhaps one could "complain" that the contents are not very surprising and stand in line of previous research. The most innovative contribution by far is Jan van der Stock's essay "Ambiguous intentions, multiple interpretations". Van der Stock here addresses a most stimulating scholarly issue, namely that prints, which often lack a well-defined iconographical and historical genesis due to the large number of persons involved in the production, are in turn interpreted in different ways by later generations of owners, readers and viewers. While easily taken for granted by post-modernist historians, who would like to read everything that interests them in any image, it is hardly ever "proven" how, where, when and why interpretations change in course of history. In his essay Van der Stock discusses some intriguing examples. Unfortunately - as a reviewer has to be critical - the article seems to be a first and (too) short draft of a far more ambitious study that one eagerly awaits.

Singling out one specific contribution, Walter Melion's study of Goltzius's famous engraving of the Circumcision (1594) is worth mentioning as typical for this issue of the Netherlands Yearbook. As so often, Melion feels obliged to use a Latin title - in this case "Cordis circumcisio in spiritu" - for his article. This is to my personal feeling an unnecessary and slightly pompous way of introducing the subject under discussion. In the best of iconological traditions, and clearly with enviable knowledge of intellectual patterns in the Netherlands in the late sixteenth century, Melion provides a cultural-historical background of this splendid engraving. One might object, as is more often the case in his studies of other prints, that there is hardly ever any real historical proof that the artist Melion discusses was actually aware or had access to the humanist and certainly very scholarly writings that he brings to the fore as a source, or at least as an intellectual background. In my opinion, and this is not only so in Melion's essay but in most other contributions as well, engravers and print publishers in this period are now perhaps too much considered and studied as if they were learned humanists themselves. Undoubtedly humanists and scholars, and their writings, were at times used as a direct source for creating images. This was certainly so in the case of several engravers and print publishers in Haarlem and Antwerp of whom we know that they were strongly involved in the international humanist community. Coornhert, Hieronymus Cock and Philips Galle are to be named here. On the other hand, there are comparatively few archival records or historical documents that prove how and to what extent humanist scholars directly influenced the choice of the subject and the iconography of prints in the Netherlands. We have to be very careful, however, not to be too willing to read our own understandable desire for intricate humanist strains in a very specific branch of production that had its own mechanisms and usages of which we have still so much to discover. It is perhaps, in this respect, rather discomforting to realize that as far as it is known most printmakers and print publishers - and this is certainly true of Goltzius - had little to no knowledge of the Latin language and thus had no direct access to all the sources Melion so eagerly quotes. The real danger is that prints are only used as an illustration of an intellectual history with which they have no proven connection, but conveniently underline what a modern scholar wants to read in these so difficult to interpret visual documents.

But, all in all, I would not like to create the impression that the yearbook under discussion is unsatisfactory. While not living up to the expectations of the more ambitious title, the publication is of a general high quality and certainly succeeds in underscoring the visual richness, the ambiguity of interpretations and the subtle levels of meaning found in printed images produced in the Netherlands in the late sixteenth century.