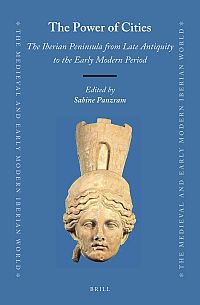 The reviewed book is made up of eight articles written by a diverse group of specialists, mostly Spanish, under the expert coordination of Professor Sabine Panzram, a well-known German specialist in Roman and Late Antiquity Iberia holding a long scholarly track record in urban studies. The book focuses on the study of Iberian cities and covers a lengthy time-span stretching from Antiquity to the Early Modern Period. This long-term chronological approach arguably stands for one of the most remarkable features of the volume, laying bare a multilayered and complex urban evolution across many centuries, especially in the case of some urban centers.

The book opens with an extensive introductory study in which Panzram presents to the reader the state of the art on the Iberian urban landscape across the time-period covered by the book. The extraordinary effort of bibliographical synthesis made by the author culminates in a remarkably accurate and highly updated approach to the evolution of studies on cities in each of the periods that articulate the structure of the book. Likewise, the author provides the reader with a thorough presentation of the articles that make up the volume.

The book is divided into four parts, each of which covers a certain period and consists of two articles. On the other hand, the works are not articulated by a stable pattern, but in each of the parts, we find different approaches. While some authors take a more general perspective and provide an overview of the urban evolution across the period in question (which is the case of Ripoll regarding Late Antiquity and Irigoyen regarding modern times), most, instead, focus on specific case studies, some of which (namely, Toledo and Seville), are covered by several articles, thus providing the reader with a broader diachronic view of their evolution across different historical stages.

The first part focuses on Late Antiquity Spania, that is to say, Late Roman and Visigothic Iberia, and is made up of two articles written by two renowned Spanish specialists. While Ripoll's article focuses on urban transformations across the period between the end of the Roman times and the beginning of the Visigothic dominance, Arce's analyzes the urban phenomenon between the 7th and 8th centuries, focusing on the specific cases of Toledo, the Visigothic capital city, and the royal city of Recópolis, founded in 578 by King Leovigild nearly 120 km Northeast of the capital.

The second part deals with the Muslim period or, in other words, al-Andalus, the name given by the Arabs to Iberia between the 8th and the 15th centuries. In this case, however, the articles making up this part grapple with two specific cases, Toledo and Córdoba, thus preventing us from getting a general approach to the urban evolution across the entire Islamic dominance, arguably the most decisive period in the consolidation of the Iberian urban network. The article by Toral-Niehoff and León Muñoz analyzes the sweeping transformations taking place in Córdoba following the establishment of the Umayyad rule, the city's most flourishing period across the Muslim presence, which lasted until the early 11th century. Over these three centuries, Cordoba played the role of al-Andalus' political center, and likewise became the most important urban center of Mediterranean Europe, especially since the proclamation of the Caliphate in the early 10th century.

In both cases, the articles focus on the transformations in the urban structure of the city, that is to say, space organization, the setting of new poles of civil and religious power and the construction of monumental buildings, such as palaces and mosques. The authors draw upon the information coming from the written sources, although most often they rely upon the material record, something which is hardly suprising given the academic profile of León Muñoz and Valdés. Although both provide insightful approaches to their respective subjects of study, the reader is left wondering when confronted with some startling and rather ungrounded claims, such as for instance, the fact that the majority of the Berber troopers of the early Muslim conquering army arriving in Iberia were 'Christians -orthodox or not- and Latin speakers' (169), or likewise the fact that the etymology of the well-known square of Zocodover (in Toledo), coming from the Arabic sūq al-daw&#257bb ('pack animals market'), would be actually sūq al-dawwār ('saddle market') (174) (the Arabic root dwr looks apparently unrelated to the action of mounting animals, by the way). On the other hand, when dealing with the Islamic institution of pious endowments, Valdés overlooks some previous monographic works devoted to this subject and draws upon the much more limited text published on the Encyclopaedia of Islam, which besides looks clearly outdated.

While Archaeology represents the main methodological premise in the articles dealing with the Islamic medieval city, the Christian city conversely is rather approached through the study of written sources. On the other hand, the two contributions of this section take on very different approaches. M. Maser tackles the issue of the Islamic cities conquered by the Crown of Castile basing on the dialectic contradistinction between continuity and transformation and taking Seville and Toledo as case-studies. In this regard, Toledo becomes the best covered city in the reviewed the volume, with up to three different authors dealing with it, thus providing a thorough study of its evolution from the Visigothic period and across much of the Middle Ages. By contrast, M. Asenjo deals with questions regarding the urban identity and focuses on the case of Valladolid, a city without previous Islamic background which thrived across the Late Medieval and early Modern period.

Finally, the two last articles address the Modern period, between the 15th and 16th centuries. Antonio Irigoyen's text raises, from an urbanistic perspective, the main characteristics of the Castilian cities across the 16th and 17th centuries, while the joint article by K. Weber and T. dos Santos represent an approach to the role played by three of the main port cities across that period, Lisbon, Seville, and Cádiz.

Although, as usual in multi-authored books, important differences in each of the works that make up the reviewed volume can be appreciated, this set of texts represents a very necessary and fresh updating to the issue of urban life and urban development in Iberia. The work closes with a final balance of the volume coordinator, in which Panzram highlights the need to rewrite Iberian history from an urban perspective, an endeavour to which the reviewed work prominently contributes. It is likewise noteworthy, to conclude, the excellent quality of the edition, significantly enriched with a highly remarkable set of color maps, figures, and pictures providing the reader with very useful tools in order to gain a better understanding of different places and historical realities described in the book.