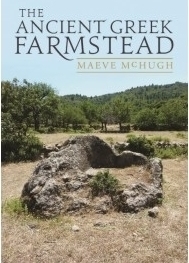 The study of Greek farming has a long history. Most work on the subject has fallen in to one of two categories: individual survey projects and analytical studies. The former include the Minnesota Messenia project in the 60's, continuing through Hans Lohmann's pioneering study (Atene: Forschungen zur Siedlungs- und Wirtschaftsstruktur des klassischen Attika) right up to current projects such Sylvian Fachard's Mazi survey in Attica. [1] In the latter category are the works of Hamish Forbes, Paul Halstead and Lin Foxhall, whose studies investigate farming as a form of social praxis. Good examples include Thomas Gallant's study of risk and the strategies devised by Greek farmers to mitigate the challenges of the environment and Victor Davis Hansen's study of the small family farm and its role in the development of participatory democracy in Athens.

Despite this rich tradition aspects of farming remain contentious. Did the Greeks live in towns and villages and walk to their farms, which consisted of fields with the occasional toolshed attached? Or did they live on their farms in farm houses, often of the tower/house/courtyard type, in the midst of their fields, growing market gardens to help sustain an existence that favoured independence and Aristotelian autarchy? And what kind of farming matched these settlement patterns? Extensive farming, in which fields were left fallow when the soil showed signs of degradation, and where transhumant pastoralism complemented the light land management, or a more intensive system based on crop rotation, manuring and active land management practices such as terracing?

Into this highly contested field comes Maeve McHugh's The Ancient Greek Farmstead, and it becomes clear within the first few pages that McHugh does not claim to have solved any of these intransigent problems. Preaching a gospel of diversity McHugh claims that local conditions were sufficiently varied across Greece to have favoured different regimes in different places at different times. "Alii alia dicunt," as my first Latin teacher liked to drum into his uncomprehending students. But if we are not to get an iconoclastic view of the family farm as the bedrock of western civilization, à la Hansen, nor Gallant's nuanced evocation of a set of practices driven by creative responses to environmental conditions, then it raises some basic questions: who is the audience for this volume and what exactly is its goal? The answer to the first seems to be undergraduates and interested lay readers. There is frankly little in the volume either in terms of data or of argument that specialists will not have encountered elsewhere, although there is certainly merit in having much of this data distilled as it is here. As to the question of the book's goal, McHugh concludes her introductory chapter with an explicit statement, "In this book, I investigate these sites, as just that, farms, with the aim of further defining and explaining how farmsteads were used by those who farmed the land."

To accomplish this McHugh reviews material from various sites and surveys, with a heavy emphasis on the Akte and Methana peninsulas in the northeastern Peloponnese, supplemented by data from the Eurotas valley. The rehearsal of detail from what are usually modest sites, here called 'simple rural sites', does not yield a great deal of new information but rather constitutes a steady accumulation of data in support of the view that there is a characteristic signature of rural sites found almost everywhere in Greece. This is marked by diagnostic features such as roof-tiles, storage ware and /or fineware and domestic wares. Seeking to refine this general observation McHugh suggests classifying sites according to whether the material evidence favours "a domestic, storage, and/or processing role, or combination of all three." (85) A further refinement she proposes is to classify sites according to the evidence for duration of their occupation on a scale from year round to seasonal to single use. Having introduced the subject of seasonal use McHugh immediately turns her attention to the presence of installations (in actuality threshing floors and oil presses) and their relationship to sites defined by ceramics. She finds that some seasonally-used presses can occur at sites with evidence of domestic use, while others appear to be more isolated. This she sees as evidence for some presses being located on modest farmsteads, while others served several farmsteads. The section concludes with a discussion of the differences between the Akte peninsula, where rural occupation increases in the Late Classical and Early Hellenistic periods, and Methana, where the opposite is the case. The broad observations made here, while true, do not seem to integrate the preceding conclusions meaningfully. One is still left with the impression that there is little rhyme or reason for the variability in farm types, either because of regional conditions or historical circumstances.

In chapter 4 McHugh attempts to add a more granular explanation of site location by employing the techniques of least-cost path analysis and view shed analysis. These approaches attempt to quantify variables such as the time and effort required to traverse a landscape, and can suggest something of the sensory response to the landscape of those who occupied it in antiquity by placing their sites of occupation and farming in their physical setting. Where were the roads? Could one see down to the water from the farm? How far away in walking time was the nearest walled town? Answering such questions would take us a long way towards a more complete understanding of the ancient farm. Does McHugh succeed? To a certain degree, yes. Her analysis shows that the landscape was networked, in that pure isolation did not exist. The view of the farming world of the northeast Peloponnese that emerges here is one in which farmers were always in close proximity to their neighbours, and where lines of communication, especially roads, played a key role in keeping farms connected, even if, in some cases, natural conditions of elevation made long distance travel arduous. We are far from having an algorithm for understanding this, but McHugh's exhaustive study of her two test cases certainly reveals a kind of logic behind the location of farms. One major area of investigation that is left underexplored, however, is any discussion of these two peninsulas in terms of coastscapes and maritime environments. If the landscape reveals farms more closely entangled with each other and with the major urban locations within their regions, it is equally true that those regions were themselves part of larger coastal environments such as the Saronic and Argolic Gulfs. Any discussion of the connected countryside, as McHugh calls it, must recognize the connections that extend beyond the terrestrial confines of the region. There is a tantalizing reference to tuna fishing and salt ponds in the area (129) but in general McHugh approaches the viewsheds of the peninsulas as primarily concerned with internal connections (sightlines to farms, roads and settlements) despite the fact that she notes that a number of the Akte towers had limited sightlines over the countryside but had broad visibility over the coast. Part of the problem here is McHugh's weakness once she moves away from observation to analysis. Her comments on the different patterns of visibility from installations to towers are well supported, but the analytical returns are slim. We are left with such anodyne conclusions as, "The variety of site types in the landscape, taking into account ceramic taphonomy, in all likelihood reflects the socio-economic circumstances of the farmer." (130) There is more than a hint of tautology there. Similarly underwhelming is the conclusion that "landownership was integral for the ancient Greek not only as a cultural indicator of their status but also to ensure the survival of their family unit." (138)

Having teased out the evidence for very different scales and types of farming McHugh then turns to the associated topics such as roads and markets. These have been the subject of various specialised studies in recent times and McHugh does little more than survey the results of these studies. Useful observations include the claim (from Bresson) that "few if any, farmers were truly self-sufficient" (152) and the assertion that a successful integration of farming into a market system required an infrastructure to support the movement of people and goods. Non-specialists will find this an informative overview of recent work on the Greek countryside. The final chapter recapitulates the key findings, making the case for recognizing a variety of types of farmstead and farming practices. One sentence in the conclusion sums up McHugh's contribution to the debate over farming: "Farmsteads, as we have seen, formed nodal points in the landscape for habitation of farmers, storage and processing of agricultural goods, when examined within a framework, not only of other non-agrarian site types, but also in relation to the route network, which supported the movement of people through the landscape, can we begin to understand how the landscape acted not as a transitionary space between larger settlements, but a facilitator of work, ritual, and habitation in its own right." (158) The lack of grammatical clarity in that sentence is unfortunate and hints at the basic shortcoming of this study: interesting observations but a fuzzy thesis.

A final word about editing. The standard of proof reading in this volume is very poor. Key errors include:

p. 175 The Map of Southern Greece is badly distorted. As reproduced here the distance from Patras to Monemvasia would be approximately 220 km, when it is actually closer to 320 km.