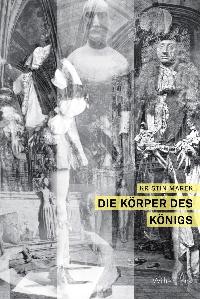 It is a testament to the force of Ernst Kantorowicz's The King's Two Bodies: A Study in Medieval Political Theology (Princeton, 1957) that historians still grapple with the model of power it postulated, one in which the monarchs of England and France encapsulated and exercised the abstract power of state both as changeable, mortal individuals and as manifestations of an immutable and immortal sovereignty. It is no less a testament to the vigor and intelligence of Kristin Marek's response, The King's Bodies, that anyone interested in late medieval mechanics of political self-representation, conceptions of the body, and anxieties surrounding the deaths of individuals who represented collectives will henceforth have to engage with it as a companion to, if not a substitute for, Kantorowicz's classic.

Central to Marek's study is a group of objects that appeared late in Kantorowicz's: the life-sized wooden models of royal persons, known as effigies, which assumed starring roles in funerary rites between the fourteenth and early seventeenth centuries. For Kantorowicz, the applicability of the "two bodies" model to these materials seemed self-evident: the effigies served both to portray and to ensure the continuity of royal presence even as the mortal body was being interred. Yet, as Marek shows, despite its almost universal acceptance in the subsequent literature, that model maps uneasily onto either the formal and material qualities of the works or the evidence for their origins and ritual functions. Not only do the earliest effigies predate any articulation of that theory in England by some two hundred years, but the figures themselves - carved to match the size and proportions of their subjects and displaying a high degree of sensitivity to their facial features - reveal an insistence on the warm humanity of the individual that belies the notion that they portray an abstract concept. The "body politic" that perseveres after the "body natural" enters the grave would, Marek points out, be better depicted as a coat of arms or other conventional sign than as a likeness of the mortal body.

In approaching this problem, readers of a traditional art historical bent might expect Marek to situate her figures within the history of portraiture and to highlight their role in the slow birth of "the individual" in medieval Europe, issues that continue to generate insightful literature on both sides of the Atlantic. But as a member of the first graduate cohort to study under Hans Belting at the Staatliche Hochschule für Gestaltung in Karlsruhe, in a program broadly dedicated to the anthropology of images and media, Marek takes a decidedly different tack. For her, the body of the effigy relates much less to an abstract notion of state or sovereignty (as in the influential work of Giorgio Agamben) than to another body: the once-but-no-longer-living body of the monarch. As Marek insists, this is something quite distinct from the corpse, which, though materially continuous with the person and physically present during the protracted rites of passage that comprised the royal funeral, offered nothing more than an increasingly distant likeness to the person whom the assembled family, allies, and subjects remembered. With its solidity and bulk, its ability to stand upright (as well as, in the case of jointed figures, to sit and to make grandiose arm gestures), its open eyes and flowing hair (the figures being designed to wear wigs and beards), and its brandishing of the subject's ceremonial garb and accessories, the effigy was a far more convincing and efficacious stand-in for the once-active king than his own cadaver could be. It was a double of the royal body in all its living potency.

Superficially, this form of double seems to parallel the three-dimensional portraits of celebrities in modern wax museums, as Marek observes in her framing chapters. But whereas such figures serve chiefly entertainment purposes, the fictive version of the king's body was imbued with sacral power - power latent in the royal blood, activated by his anointment with holy chrism in coronation rites, and subsequently manifested in his ability to cure ailments through his touch. These qualities emerge with special clarity in Marek's analysis of the first documented English effigy, that of Edward II, whose unusually tumultuous reign was halted by his (apparent) murder in 1327. Rejecting the reductive thesis that his effigy simply substituted for a corpse too rotten to appear during the funeral, Marek shows how a series of factors produced the conditions for the rise of this form of representation: burgeoning ideas about the hereditary transmission of royal sacrality (i.e., an understanding of power as inherent) and a heightened emphasis on the act of anointment during coronation rites (i.e., an understanding of power as infused from outside) in the early fourteenth century coalesced with Christianity's deep-seated reverence for victims of unjust violence and the Plantagenet house's self-interested campaign to replace memories of an incompetent king with the image of a saintly hero. Edward's fictive body - slim, alert and clad in his coronation garb - thus presented to a large and evidently receptive public a vision of the king as a sacral authority, God's own regent on earth, and his tomb in Gloucester Cathedral quickly became a pilgrimage site.

This worked, Marek explains, because the living bodies of monarchs, both at court and in public, already operated as images - images no less conscientiously fashioned or as predictable in their efficacy as the wonder-working sculptures in churches. It was but a small step for the effigies to harness the power that inhered in the royal body and make it accessible before a new monarch claimed it. This accounts for the presence of queens, who did not represent the collective as their husbands did but nonetheless boasted the same anointment with holy chrism and functioned as similarly potent mediums of authority, among the coterie of known effigies. Like the replicas of the emperor's body that the ancient Romans acclaimed, mourned and burned in collective rites of passage upon his death, and like the placid recumbent figures that graced the sarcophagi of medieval clerics and nobles, the French and English effigies were part of a deep-rooted human drive to render the absent present through material depictions of the body. The latter, however, are uniquely complicated in their doubling of the living body, their insistence on the continuity of its power in strongly mimetic forms. The corpse, precisely through its lack of likeness with the subject, was crucial to the effigy's power; when the former was interred, the latter lost its purpose, and was stashed away as a mere curiosity.

By removing the effigies from the conventional history of portraiture and from a binary model of royal power, and planting them instead within a network of anthropologically weighty terms - body, ritual, sovereignty, the sacred, death - Marek offers compelling new ways not only of thinking about effigies but also of doing art history. Her book is important not only for its intricate and original argument about a fascinating series of sculptures but also as demonstration of a genuinely interdisciplinary methodology, one that, for all its commitment to both hard historical inquiry and contemporary theoretical discourses, never loses sight of what the images look like or what, materially, they are. Marek's portrayal of the figures' agency in their social environment - a concept as much indebted to Alfred Gell's writings as to Belting's Bildanthropologie - is both powerful and convincing. Yet it also, perhaps unwittingly, turns readers' minds back to questions of the human agency behind the images. Who made them? Was it the technicians who crafted automata and other marvelous ephemera for the kings' courtly spectacles? Or the woodcarvers who created the similarly life-sized crucifixes (sometimes jointed, like the effigies, and bedecked with human hair) for church interiors? Even without documentary evidence, the effigies' connections with both classes of image would be worth exploring, along with the concomitant changes in meaning these impart. So would the horizon of expectations, beyond that of royal ideology, of the figures' original viewers. The notion of a ruler's sacrality being transmitted through blood and ritual is hardly unique to medieval Christianity, but other ideas germane to the effigies are, and certainly would have shaped both the royal family's and their subjects' perceptions of them: the notion, for instance, that the power of the saints continued to reside in and activate even the minutest fragments of their bodies long after death, or that the full, living body of the sacrificed Savior was accessible to people in the material cloak of the Eucharistic host. In neither case was the identity of the holy person revealed through constructions dependent on mimetic likeness - but their insistence on the paradoxical continuity of the living-but-not-present person in material representations is not unlike what Marek posits for the effigies, and offers both a broader and a more specific spectrum of comparanda into which they could be placed.

The fact that Marek's book not only offers a new argument for the effigies' meaning but also opens up promising new paths for further study - paths that Kantorowicz's thesis has so long obscured - makes it a major contribution to the history of visual representations and the history of medieval power. This book should earn her many disciples on both sides of the Atlantic. The King's Two Bodies was not translated into German until 1990, more than thirty years after its initial appearance. Let us hope that The King's Bodies will find its way into the English-speaking world (one easily envisions it in the Zone catalog) more speedily.