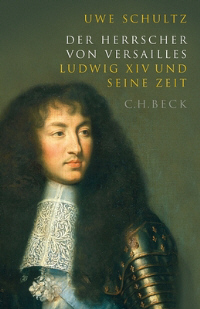 Uwe Schultz is clearly in a hurry. This is the third substantial book he has published in four years, a productivity rate that would make him a hot property in any academic system measuring achievement bibliometrically. As he lives in Paris as an independent scholar, he is happily immune from such pressures. This liberty also allows him to write the kind of book he wants to write for the kind of reader he likes. So there is no lengthy introduction spelling out his methodology, discussing the 'problematics' of his topic, or reviewing the previous historiography. Indeed there is no introduction at all - the reader is plunged straight into the action with an account of the conception of the future Louis XIV during the night of 5-6 December 1637. Nor is there much in the way of scholarly apparatus. Unusually for a German work on early modern history, there is not one page on which the footnotes consume more space than the text, indeed there are no footnotes at all, just a dozen pages of brief endnotes, giving the source of the quotations, together with a bibliography of a page-and-a-half, listing printed sources and a few secondary works. If concentrating on the substance of what he has to say has speeded things up, so has a concentration on one particular building. In 2002 Schultz published a book on the construction of Versailles, in 2004 a book on Madame de Pompadour, which is set mainly at Versailles, and now a third which deals with 'the ruler of Versailles'. In short, he has made his material work hard.

Schultz's approach is refreshing in its simplicity. He has read several contemporary memoirs (Bossuet, Breteuil, Dangeau, de la Fayette, Rochefoucauld, Saint-Simon etc), has collated and synthesised their accounts and has then conveyed the results in direct, lucid prose. As his endnotes candidly reveal, he has also relied heavily on previous historians of the reign - there are more than seventy references to Jean-Christian Petitfils' biography of 1999 and forty-odd to François Bluche's biography of 1986. Even more useful has proved Simone Bertiėre's Les Femmes du Roi-Soleil, published in 1998, which is cited eighty times. The ubiquity of the last-named volume reveals one of Schultz's major interests, if not his book's defining characteristic. It can be speculated with some confidence that no other work purporting to deal with the whole reign has devoted so much space to Louis XIV's women. From Anne of Austria's problems in catching the attention of her bisexual husband, which are dealt with in some detail on the opening pages, the feminine interest is never absent for long. Mother, wives, female relations and mistresses all make frequent and prolonged appearances. For example, Anne-Marie-Louise, daughter of Gaston d'Orléans and known as 'la Grande Mademoiselle', rates eight pages - more than four times as much space as the Battle of Blendheim [sic], the decisive battle of the War of the Spanish Succession. By that time, the previously priapic and promiscuous king was safely locked in the arms of his morganatic partner, Madame de Maintenon. This sharp decline in the amatory temperature at court may also explain the abbreviated treatment of the last thirteen years of the reign, which are despatched in just thirty pages.

The royal mistresses were important to Louis XIV, so they should be important to posterity. Every now and again, however, for example when Louise de la Valliėre is being described in considerable detail, one cannot help but feel that the attention is disproportionate. It would seem more justifiable if adequate space were devoted to conceptualising the role of the mistress and placing it in a wider European context. The same could be said of the court festivities that are described in such detail - the 'Pleasures of the Enchanted Isle' of 1664, for example. Significantly, there are many more references to Vincent Cronin's bland narrative of 1964 than to Peter Burke's incisive analysis of the 'fabrication' of Louis XIV, which is cited just once. Other more demanding works, such as those by Norbert Elias, Richard Alewyn, Joël Cornette or Jeroen Duindam, are conspicuously absent. Schultz might reasonably rejoinder that there is plenty of room still for a straightforward descriptive narrative. Indeed there is. This is readable, entertaining and informative. It just does not go very far. To borrow Voltaire's self-deprecating image, it is like a mountain-stream: it runs fast and clear, but not very deep.