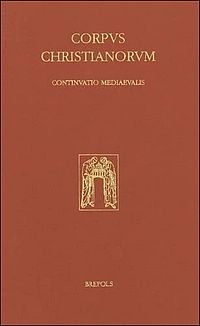 One of the great mysteries of medieval spirituality is the way that certain seemingly insignificant individuals emerged from obscurity into the public eye and were declared saints by the Church. This is certainly the case with a young woman, Rose of Viterbo (c. 1233-March 6, 1251), whose canonization took place two centuries after her death during the reign of Pope Callistus III (1457-1458). During the canonical process, her sainthood was certified by two forms of literature: her life or legenda entitled the Vita, and the Miracula antiqua, which recount the miracles that took place a century after her death. Another miracle collection, Miracula moderna, provided testimony of her continuous miraculous activity that occurred during the later Middle Ages.

This book presents the Latin primary sources for Rose's life and spirituality, which are in the Archivio Storico of the Monastery of Saint Rose in Viterbo. The canonical process documents include two testimonies: an original integral registration and a set of minutes of the procession. Based on these primary sources, the editors have established the original Latin version of the Vita, Miracula antiqua, and Miracula moderna, which were the subject of the activity of the Laboratorio di Agiografia at the Pontificia Università Antonianum from 2016 to 2017. They have considered and corrected previous attempts in history to establish the most authentic version of these three testimonies to the life and spirituality of Rose of Viterbo.

The book is divided into two principal sections, the first of which presents a historical analysis of the various testimonies and texts that make up the canonical process documents, along with two appendices and a bibliography. This most problematic and meticulous work led to their establishment of the earliest edition of these texts. The second part of the book presents their final product: the critical edition of the Vita, Miracula antiqua, and Miracula moderna. The book concludes with three indices that trace the scripture notations, written sources, and place names of these texts.

The Vita (numbers 1-16) is a very brief account of the life and spirituality of Rose of Viterbo, typical of other hagiographical texts of the Middle Ages. We learn the importance of Rose's virginity and miraculous activity when, through her intercession, the sight of a young girl, blind from birth, was restored. Her connection to the Franciscan tradition is apparent as she was influenced in her youth by the preaching of the friars in a nearby parish. She chose to live as a semi-mendicant principally by embracing a penitential lifestyle and dressing like a poor person - a tunic made of a goat's hide and a cord. The Vita presents two long accounts of how her sanctity was also manifested by her battle with heretics. She lived during the reign of the accused supporter of heresies, Frederick II, the Holy Roman Emperor (d. 1250), who had taken over the city of Viterbo in the 1230s, and whose death Rose prophesized. She and her parents were exiled from Viterbo because her anti-heretical activity.

As other medieval saints, Rose experienced visions of the Virgin Mary and the crucified Christ, which provided the foundation of her spirituality and her sense of discipleship. Her experience especially of Jesus is significant because this vision leads her to an internal experience of pain and compassion (doloris et compassionis) and her penitential lifestyle. She carried the images of Mary and Jesus in her heart, which even led her to go out into the streets singing God's praises throughout the night. It is also apparent that she was inspired to preach (predicabat) before the citizens of Viterbo, especially against heretics.

Medieval saints were celebrated temporally by their Feast Day and spatially by their shrine or reliquary. One of the main reasons pilgrims visited the shrines of saints was to ask them to intercede (by their virtus) in performing a miracle. This book contains two miracle collections, Miracula antiqua (numbers 17-33) and Miracula moderna (numbers 34-205), that illustrate Rose's miraculous activity in the late Middle Ages. These miracles include saving individuals from illnesses, restoring senses and limbs, performing exorcisms, and resurrecting the dead.

This critical edition of these three foundational texts for the life and legacy of Rose of Viterbo makes a considerable contribution to medieval studies in general, to hagiography and Franciscan feminine spirituality in particular. The three editors, along with supporting staff, are to be congratulated for the work that they have done in support of the cult of this young thirteenth-century saint of Viterbo.