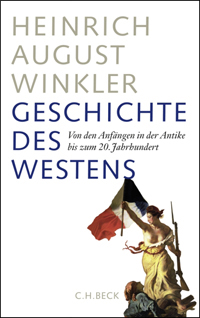 Heinrich August Winkler's four-part History of the West was published between 2009 and 2015. More recently it has been complemented by a follow-up volume on a crisis-ridden present and an up-to-date summary, bringing the total to nearly 6,000 pages. While individual volumes of his work on 'the West' have received much commentary, overall assessments are rare, and the work's key importance has remained underappreciated.

Winkler's Germany's Long Road West (2000) offered a history of the Germans' stony, circuitous path to democratic nationhood as the story of a shrinking distance to an ideal-typical frontier. 'The West' served as the story's key vanishing point: defined as an evolutionary concept that implied a universal trajectory and a standard of civilisational progress centering on the American Declaration of Independence (1776) and the French Declaration of the Rights of Man and of the Citizen (1789). [1] 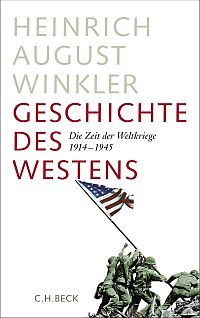 His monumental History of the West both preserves this focus on the West's 'normative project' and shifts it in important ways. The evolutionary concept of the West is now juxtaposed with a container concept, which is constituted by features that are less universalizable, and which is principally defined along religious lines. The effect is striking: Germany no longer appears as the laggard repeatedly failing to jump on the Western bandwagon; rather, it is now featured as an integral, centuries-old part of the West.

Firstly, Winkler's History of the West is the story of an evolving cluster of 'Western values' centred on human rights, the rule of law, separation of powers, and parliamentary democracy, as well as the story of their appropriation, rejection and violation. While critics of Germany's Long Road West were quick to point out that Winkler reviewed German history against the ahistorical yardstick of an idealized West, [2] he now follows the French, British and Americans, too, on their rocky pathways to 'the West', and through the muddy waters of imperialism, racism and slavery. (The 'Western project' itself, of course, remains unblemished. [3]) That the West's supposed core nations have themselves been undergoing a process of Westernisation - a meandering process not only open-ended but also prone to setbacks - renders Germany's Westernisation less peculiar. 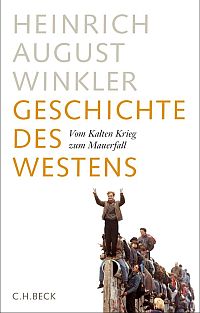 Secondly, and in jarring contrast to the assumed processual logic of the West's universality, Winkler's History of the West draws a frozen, 'logo map'-like image of the West as a geographically clearly delineated world region: the Occident. [4] As can be inferred from Winkler's notion of a "Westernisation of the West" (Bd. 1, 21), the term 'the West' refers not only to a 'normative project' but also to a region preceding this project. There was a West before 'the West'. This West is presented as a religiously defined container space. It is defined as that part of Europe where Latin Christianity has held sway, and it ends where the influence of the Orthodox Church begins.

Winkler not only makes Latin Christianity the pivot of his narrative of the Occident; he also frames it in terms of a 'historical West' (Westen). This is a semantic move facilitating the construction of continuities between an Occident holding promise for a liberal future and a modern West spelling out, and grappling with, a 'normative project'. At the same time, Winkler's is not simply a German equivalent to Francis Fukuyama's grand narrative of the "expansion of freedom in the world". [5] The tension between the evolutionary concept and the container concept of the West, and between the West's universality and Western particularities, is characteristic of Winkler's History of the West. It is concealed rather than resolved by semantic homogenisation.

It is a consequence of the container-space dimension of Winkler's concept of the West that for him no European values exist. There are only Western values (grounded in American and Western European history). After all, from an occidental point of view, Europe includes regions still bound by their Byzantine, Orthodox traditions, including Russia, Bulgaria, Romania, and Greece. [6] Incidentally, pre-Byzantine Greece finds itself sidelined as well. Usually, ancient Greece forms an integral part of the Western civilisation saga from Plato to NATO, [7] but Athenian democracy only gets a mention in Winkler's narrative when condemned by America's Founding Fathers. The drawing of religiously-determined civilisational boundaries, which at least implicitly leads to limitations of the universalizability of 'Western values', is a hallmark of Winkler's History of the West. Most obviously, it also characterises his political commentary on international relations, such as Russia's annexation of Crimea, the war in eastern Ukraine, and the question of Turkey's accession to the EU. [8]

Of course, Germany's religious anchoring in the West is not straightforward. Winkler still follows early Sonderweg interpretations in presenting the Reformation as the beginning of Germany's historical 'belatedness', with Luther as Germany's "Easterniser". [9] His most recent publications, among them How We Became What We Are, reiterate the mantra that Germany had been "a country of the West" all along but that only with some delay it followed other Western countries on their journey to liberal democracy. [10] However, the nods he gives to the Sonderweg thesis pale in comparison to the mission statement of his History of the West, built on the dual foundations of Latin Christianity and Atlantic Revolution, that Germany has long been an integral part of the West. If Winkler's scholarship and intellectual commitment reflect the legacy of previous German Westernisers, it should be noted that scholars such as Franz Borkenau, Ernst Fraenkel, and Richard Löwenthal, who all left their traces in Winkler's work, had never themselves been blinkered adherents to Sonderweg notions. Instead, especially in their later years, they too had developed a fascination with the evolution, dynamic, and crises of 'Western civilisation' and 'Western democracy' - Germany included. [11]

A recurring theme in the many interviews that Winkler has given on his weighty tomes is, in fact, the very size of his near-Toynbeean undertaking. The creation of this multi-volume monument - a vivid, eminently readable account of high politics and political thought - is a performative act to anchor Germany firmly in the imagined community of the West. The rationale for producing such a work is as clear as its message: Germans should care about the West because they belong to it. [12] Political identity formation through spatial homogenisation is the work's key rhetorical strategy. The English-speaking book market has certainly been liberally supplied with histories of the West - in the United States since the introduction of the Western Civ curriculum following the First World War - but Winkler's has been the first of its kind written for a German audience.

It is no wonder, then, that neither Oswald Spengler's The Decline of the Occident (1918/22) nor Max Weber's The Protestant Ethic and the Spirit of Capitalism (1920) are afforded much space in Winkler's work. As for the latter, given its emphasis on capitalism, bureaucracy, accounting and so on, as well as its sense of ambiguity, Weber's theory of Occidental rationalisation lacks the politically normative power of the West's liberal 'project' that Winkler is so keen to promote. [13] As for the former, not only is the thematic focus of Spengler's work too much geared towards areas such as art, architecture, landscape and engineering to be of greater use to Winkler's political genealogy. It is primarily Spengler's cyclical and monadological view of history, closely intertwined with his anti-liberal rendering of the Abendland and his one-sided preference for spatially contained concepts over the more open, multi-faceted term 'the West', which runs counter to Winkler's evolutionary ideal of Western progress, however tarnished by 'practice' (and however itself curtailed in its universal ambition by occidental delimitations). [14]

In a more recent context, Winkler's History of the West is indicative of a larger discursive shift. [15] When browsing other books on 'the West' from German authors over the past 20 years, one may notice how little this commentary is now framed by once-hegemonic Sonderweg notions. It is, in fact, no longer preoccupied by measuring the distance between Germany and the West. Rather, it is primarily concerned with the political (and cultural) status of 'the West' itself - Germany always included, tacitly and self-evidently. Whether in discussions on transatlantic relations, a supposed "cultural self-endangerment", the crisis of liberal democracies, or authoritarian leaders in "Moscow, Beijing, Damascus" (Werte und Mächte, 801-814) - political commentary in Germany tends to centre, as a matter of course, on the concept of a liberal-democratic West as a key reference point and "identity anchor", without resorting to narratives of Germany's arrival in a Western haven. [16] Western container space rhetoric creates the illusion that Germany has always already been 'there'. Heinrich August Winkler has written almost six thousand pages to make sure no one ever forgets.

[7] See the critique by David Gress: From Plato to NATO. The Idea of the West and its Opponents, New York 1998, which is less deconstructive than the ironic title may suggest.

[14] The conceptual nuances are lost in the English translation: Oswald Spengler: The Decline of the West, 2 vols., New York 1926/28, which, as the title indicates, employs the expression 'the West', rather than 'Occident', for the term Abendland.