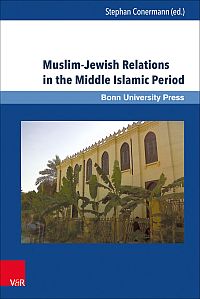 We can be grateful for this volume, and the conference that spawned it, which has helped to put Jewish history into the mainstream of the study of the Ayyubid and Mamluk states, the polities that ruled Egypt and Syria (and often beyond) from 1171 until 1517. Of course, historians of these two sultanates have not ignored the Jewish communities who lived in these countries, and scholars of Jewish history in this area and time have not forgotten the context in which these communities lived. However, it seems to me that all too often both these topics are researched and taught without enough engagement with the other. This present volume helps remedy the situation, presenting us with eight very interesting and innovative papers.

Before proceeding to discuss briefly each paper in the collection, I will make a few points about the importance of studying late medieval Judaism in an Islamic context, and the history of the central Islamic world with fuller regard for its Jewish communities. My first point is that Jewish history - or perhaps the history of the Jews, be they prominent individuals or larger or smaller communities - is certainly an integral part of the region's history. The historian of the Middle East ignores them at his or her peril. Certain Jews - and at times groups of Jews and even whole communities - play significant roles in wider economic, intellectual and public affairs. Their being Jews is often not incidental to this high-profile activity; if nothing else, the fact of someone being Jewish or of Jewish origins, was noted by contemporaries (not always positively) and recorded in the sources. From the very beginning of Muslim history, Jews are frequently somehow involved. Much of this goes beyond the brief of the present volume, but it bears remembering.

Secondly, the region's history is part of Jewish history as a whole. Once cannot study the history of the Jews in the late Medieval and early modern periods in Europe without considering developments among the Jews in the Middle East, as well as the more general history of the region, if for no other reason that there was so much back and forth between Christian Europe and the Muslim South and East. We need also to remember the crucial importance of the Jews of the Islamicate world in the long-term flow of Jewish history and culture. Even the most superficial knowledge of these fields leads to the clear conclusion that in so many ways it was the Arabic-speaking Jews of the Muslim countries who set the tone for intellectual and religious discourse for centuries. Avram Udovitch has said - and I am citing him here from memory from a talk - that for hundreds of years, what was important in Jewish life was mostly either written in Arabic, or in Hebrew by Jews who spoke Arabic. Perhaps that is a little exaggerated, but not too much. Of course, these Arabic speaking Jewish scholars and intellectuals were completely au courant with the intellectual and cultural currents around them, also usually written in Arabic: these were in the realms of philosophy, literature, religion and other fields. So, to understand much of what is going on among Jews in general in the late medieval and early modern periods, one has to look at the Arabic speaking Jews, and then the larger milieu in which the latter lived, and often even thrived.

A third point is that the history of the Jews of the Islamicate world needs to be seen together with the history of the eastern Christian communities in Egypt and Syria (and nearby areas), like the Jews long Arabized. There are obvious differences between the two groups, but also certain similarities; in any case, a comparative approach will help us understand better the history of both groups. Certainly, the attitudes to the Jews, official and otherwise, did not develop in a vacuum, but are part of a larger process of relations between with all the Dhimmi communities. The historian of the Jewish communities of the Ayyubid-Mamluk period should be aware of the history of the various eastern Christian communities, perhaps not only the local ones, along with travellers, merchants and pilgrims.

My fourth point is to suggest that we have to look at the longue durée of Jewish history in the region, even if one is specializing in the Ayyubid and Mamluk period. I certainly don't have to remind most of the readers here that Jewish life in Egypt didn't start with Saladin's gaining control of the Egyptian state in 1171. Fatimid Jewry sets the stage for later developments, and one could and should probably even go further back. The famous Jewish community of Ottoman &#7778afad (Tzfat) and others elsewhere in the region had its beginnings in the late Mamluk period. In short, the historian of the Jews in this period, like his counterpart for Muslim history, needs to see a wide chronological context. The same holds true for the geographical framework. One cannot forget the state of the Jews in neighboring countries during this period. For starts, what is going on with the Jews of Iraq, Upper Mesopotamia (the Jazīra), Azerbaijan, and other areas of the Mongol controlled Mashriq? If nothing else, there was coming and going between these two areas, including - it would seem - some Jews. Likewise, we should cast our eyes to the south and west. Obviously, Maimonides knew what was going on in the Yemen, while Jewish traders were active there and further east until at least the early thirteenth century. North Africa and Spain demand our attention too.

My fifth point is that we can leave no stone unturned in our search for material on the Jews of this period and region. Perhaps, I might rephrase this: you never know when you are going to stumble upon something of interest, maybe even very interesting, while one is reading the rich sources of the period. In other words, one is best not just relying on Jewish sources. I will give two examples: Much of Amir Mazor's various studies on Jewish physicians in the Mamluk period were based on evidence from al-Safadi's biographical dictionaries, which he discovered while working on his research about the Mamluk military-political elite. Wisely, Amir noted the importance of this evidence, put it aside, and after finishing his dissertation, found the way to treat it appropriately. And, if I can give something from my own work: I found embedded in Mamluk chronicles important information on Jewish wise-men working for the Mongols in Iran. This was not where anyone - certainly me - expected it, and therefore, that much more interesting.

Finally, I might suggest that the long-term fate of the Jewish communities in the Islamic countries - and by this, I mean where Muslims have political control - also says much about the Muslim society in which they were rooted. Social, cultural, economic and demographic trends affecting the Jewish communities can potentially throw light on parallel trends in other Dhimmi communities and the hegemonic (and eventually majority) Muslim society. S.D. Goitein certainly showed that this was the case in some of his Geniza studies, and clearly this is the case in later periods too.