Can Nacar: Labor and Power in the Late Ottoman Empire. Tobacco Workers, Managers, and the State, 1872-1912, Cham: Palgrave Macmillan 2019

Nahid Siamdoust: Soundtrack of the Revolution 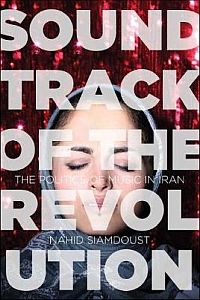 "Music was one of the first official casualties in 1979" (3), Nahid Siamdoust marks the beginning of her book "Soundtrack of the Revolution: the Politics of Music in Iran". In this in-depth study, which is based on the author's doctoral dissertation, Siamdoust provides a broad historical and biographical account of modern Iran's musical scenes and the political circumstances surrounding, enabling and impeding them. The work is conceptualised as a political history of modern Iran, narrated through the lens of music.

She implements this by pairing chapters into four sections, each one dedicated to a different male singer who represents a distinct attitude to and relationship with the Islamic Republic's regime and its policies. In the first part of each section, she introduces the respective period with its cultural and political conditions (chapter 2, 4, 6 and 8). In the following chapter(s), she pinpoints these states of being by telling the story of a vocalist who not only embodies "his" generation's societal discourses, but also stands for a specific area of Iranian soundscapes: in chapter 3 she discusses the biography and artistic development of Iran's most prominent classical singer Mohammad Reza Shajarian, in chapter 5 those of religious pop-artist Alireza Assar, in chapter 7 rock rebel Mohsen Namjoo and in chapter 9 the musical career of the "godfather of Persian rap", Hichkas.

Tracing the often changing relationship with the cultural institutions of the Islamic Republic these four artists maintained over the course of their careers, Siamdoust also tells the story of the shifting frames of cultural policies set by the various official bodies.

At present, Nahid Siamdoust is a post-doc associate at Yale University's MacMillan Center for International and Area Studies. Before returning to academia, she worked as a journalist for Al-Jazeera English, BBC and Der Spiegel. This previous career is visible in her narrative writing style and plot-like structuring of the work reviewed here: she starts her book describing a family visit to a hotel restaurant in Tehran in the 1990s where she witnessed some live piano music which nobody dared to applaud: "[...] the expression of joy by means of clapping in public was still not acceptable. I commented to my parents that it seemed as though sadness had enveloped Iran, and happiness was a sin." (1f.) She continues by describing a pop concert she attended fifteen years later in Tehran, at which the audience cheered teen-idol singer Benyamin who - according to his looks, his songs' romantic lyrics and upbeat dance-music - could have belonged to any Western boy band. The difference was the security guards who prevented the audience from standing up and dancing (2). What had happened in between those two incidents? How did this change in Iran's cultural policies come about and which boundaries are still in place? These are some of the questions Siamdoust's book provides answers to.

In the following subchapters of chapter one, she treats of a vast scope of basic knowledge that informs her work and is instrumental to follow the main text: Khomeini's Islamization of Iranian Politics (4-6), Music and Islam in the Revolutionary Republic (6-9), The State, Ideology and Performativity (9-14), An Alternative Public Sphere (14-19), the basics of Persian Music (20-21), Musical Education (22-25) and Female Singers (30-34), among other passages. While some parts of this introductory chapter are dense in content but sufficient for their purpose, others (as the theory subchapter "The State, Ideology and Performativity" or "Female Singers") are regrettably short. Altogether, the chapter seems to be born out of a compromise to fit part of the author's dissertation's groundwork into one chapter that can also be absorbed by a broader readership.

In chapter 2, Siamdoust combines the pre-revolutionary biography of Mohammad Reza Shajarian with the evolvement of Persian classical art music as well as popular/folk music (mardomi). She traces Shajarian's education as an early singer of Qur'anic recitation to one of the most celebrated pre-revolutionary āvāz (classical genre of sung poetry or texts) singers. She discusses Shajarian's involvement in Shah-Era pop music as well as the historical origins of the short patriotic folk song tasnif as a form of protest from the time of the Constitutional Movement (1905-1911) onwards. In the following chapter, Siamdoust goes into further detail about Shajarian's musical career and public persona, starting with his support for the Revolution of 1979. By recording the song "Shab ast-o chehre-ye mihan siāh-e" ("It's Night and the Homeland Visage Is Black", also known as "Give me my Gun - Tofangam-rā bedeh") Shajarian called openly, the author argues, for armed resistance (66). He himself, however, claims to have never been political (siāsi) or revolutionary (enqelābi), instead he prefers the term mardomi (popular, close to the people). By highlighting several of Shajarian's prominent pieces one by one, their lyrics and their historical contexts, juxtaposed with statements of contemporary musicians (a method she maintains throughout the entire work), Siamdoust challenges this self-portrayal as a non-political artist: "By framing his past this way, Shajarian creates distance from a revolution whose consequences have caused discontent for many if not most of his listeners. Furthermore, the term enqelābi (revolutionary) [...] has by now taken on the near-exclusive connotation of sympathy with the Islamic Republic [...]" (67).

In the following chapter "Revolution and Ruptures" (87-107), the author introduces the various official bodies that control and enable production and consumption of music. She provides a well structured overview of institutions like the Office of Music and Song (Daftar-e musiqi va she'r) at the Ministry of Culture and Islamic Guidance ("Ershād") or the Arts Domain (Howzeh-ye Honari) and their evaluation and censorship practices as well as an impression of the contrariness and arbitrariness inherent in this institutional network. She also explains the theological argumentation of Ayatollah Khomeini's basic fatwas on music, pointing out that those kinds of singing mashkuk (open to doubt) of causing a state of excitement due to immense ecstasy or stress and perturbation due to immense sadness (tarab) are not prohibited (91). This somehow laxer handling (compared to the early days of the "Cultural Revolution", described in Chapter 1) allowed for certain kinds of classical and religious music to reemerge in the Iranian public.

The creation of this kind of state-approved religious pop music and the circle of musicians it originated from are dealt with in chapter 5 (109-139). Alireza Assar was among these musicians. The author describes his early image as that of a "serious and devout youth" (126), talented on the piano and "enthralled" by Jalal od-Din Rumi's mystic poetry (125). His career developed from singing lyrics based on Rumi's and Hafez' verses for the Islamic Republic of Iran Broadcasting (IRIB) to that of an artist whose texts deal with social grievances such as negligence of war veterans or poverty and corruption. Throughout his career, he has cultivated a 'Sufi identity', Siamdoust argues, that oscillates between quietistic spirituality and the people's "honest Islam" (in contrast to the corrupt "official" Islam, 128ff.).

Chapter 6 and 7 trace the "Rebirth of Independent Music" (157-181) to the career of one of its most enigmatic representatives, Mohsen Namjoo (183-208). In the case of Namjoo's interaction with state officials, Siamdoust points to unexpected obstacles: while Howzeh-ye Honari promoted his first official album "Toranj" (Citron), Ershād had tried to prevent its release. Not on grounds of religious problems (many lyrics are taken from classical Persian poetry), but on those of musical conservativism, as Siamdoust found out in two of her many interviews with employees from the inside (193). Indeed, these chapters on Namjoo are the most persuasive ones within the volume, giving a detailed account of Namjoo's artistic development and semantics. As during his time in the military, for instance, when he discovered similarities between certain gushes (modes in the Persian music system) and blues chords, or as in his interrogations by intelligence ministry officials to whom Namjoo explained his absurd fusion of qirā'at (Qur'an recitation) with blues scales played on a setār (195f.).

Leaving the official state discourse and its publishing regulations behind, the last two main chapters center around rap artist Hichkas (Soroush Lashkary, his stage name meaning "nobody") and the evolvement of underground music (musiqi-ye zirzamini) and culture through online platforms (209-262). Instead of drawing on early American hiphop culture, Siamdoust derives the appeal of Rap-e Farsi for third postrevolutionary generation youths from the indigenous word-centric tradition and the self-empowering nature of rap music (which would have provided a good link to the origins of hiphop) (234-237). Furthermore, the author discusses Hichkas' music in light of an "authenticity"-driven agenda and heteronormative Iranian masculinity codes (javānmardi) (247-261).

Particularly interesting in their rareness are parts in which Siamdoust touches upon the nohe khāni (religious lamentations) of wartime Iran (94-97), or the beginning of Alireza Assar's career as a religious vocalist within state discourse. Those passages still form an exception in Western-language Iranian Cultural Studies, considering its generic tendency to concern itself with objects of research that are related to the democratic project of modern Iran. Understandable as this may be, it also leaves a considerable part of Iranian realities and cultural productions unresearched. Here, Siamdoust's work is pointing to fields of research to be taken up in the future.

Academic readers might miss the implementation of the theoretical approaches framed in chapter 1 (9-19). Since Siamdoust discusses the function of live concerts and online space, it would have been fruitful to see Habermas' concept of öffentlichkeit (15) or Butler's theory of performativity (10ff.) applied throughout the study, to name only two of her many unfollowed routes. She does, however, consistently make use of James C. Scott's notion of a "public" and a "hidden transcript" of society (11f.).

Altogether, Nahid Siamdoust's study makes a major contribution to the steadily growing but still underresearched field of Iranian cultural musicology and hereby joins the work of Breyley and Fatemi (2014). [1] Intersecting her research with perspectives from the social sciences, "Soundtrack of the Revolution" will be as valuable for scholars of Iranian Studies as for other well informed readers and will certainly become a new standard.