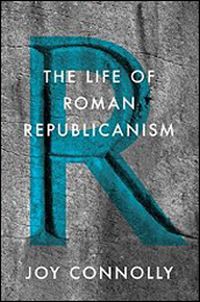 Joy Connolly reframed the debate around Roman political theory with her 2007 monograph The State of Speech: rhetoric and political thought in Ancient Rome (Princeton: Princeton University Press). With the simple but radically innovative move of taking seriously Cicero's writings about society, she demonstrated that he offers a challenging and coherent vision of a community of citizens enabled and empowered by public debate. The continuities in this new work are evident: the focus remains on Roman political writings as serious attempts to engage with the idea of citizen communities and to address the problems which hamper their effective functioning. But the range of authors has widened: in addition to Cicero, Connolly considers Sallust and Horace, extending the scope of the project chronologically past Caesar's dictatorship and generically into historiography and satire. In addition, the concern with the reception of Roman political thought in the early modern and modern periods, evident throughout The State of Speech, has broadened and deepened into a sustained interrogation of the interpretative tradition around the texts under consideration. The result is a dazzling combination of learning and insight, not easy for the reader, but constantly generous with fresh and unexpected readings which make familiar texts seem utterly novel.

A brief preface and introduction set out the relevance of the topic in the early twenty-first century and the theoretical approaches on which Connolly draws most heavily. Then follow three substantial chapters of close engagement with the three authors at the centre of this study. The first, on Cicero, develops many of the ideas found earlier in Connolly's work, particularly the way in which his political theory justifies the role of the orator, who is forensically as well as politically active. Connolly also stresses, with a focus on De Re Publica, the way in which Cicero uses the ideal of consensus as the basis on which he builds a complex balance of rights and obligations which differentiates between rich and poor whilst attempting to maintain a single community: she identifies contest, articulated through speech, as a key mechanism which Cicero promotes as a means to ensuring cohesion. Hence his commitment to the office of the tribunate of the plebs, and the importance of the law courts as an arena in which disputes can be resolved in the sight and hearing of the community as a whole. And Connolly points out (61) that the apparent inconcinnity between the Republic as a harmonious space and as an entity defined by conflict is a defining feature of its subsequent reputation.

In the second chapter Connolly turns her attention to Sallust and his monograph Jugurtha with its relentless focus on the corruption at Rome which threatens to destroy the Republic - and its apparent solution, in the figure of Marius, which in turn generates new and pernicious challenges to the existing form of government. She draws attention to the connections which emerge in Sallust's narrative between poverty and political disenfranchisement: "the wars that the corrupted nobles take to be a quest for status and glory [...] engender massive economic inequalities that create a state of quasi-slavery, the deprivation of citizens' capability to behave or even view themselves as citizens [...]" (98). For Sallust, citizenship cannot be restricted to political and legal rights: a certain level of economic equality is necessary if all citizens are fully to be citizens.

In the third chapter Horace is the object of enquiry, with the first book of Satires. Connolly is fully alert to the apparent oddity of including a poetic text within her project and has no difficulty in justifying the move, concentrating on Horace's reflections on personal freedom in the context of unequal social relations and on the difficulties involved in articulating moral judgements on others.

Connolly returns in chapter four to the problem of discord, but now from the perspective of the citizen: what is required in order to participate within a community that is not unified on all topics? She argues that many of Cicero's speeches show Cicero displaying a divided self to his audience as he talks through the conflicting obligations which drive his oratory: so, for example, in pro Plancio Cicero highlights the conflict between his obligations to Plancius and his friendship with Laterensis. His oratory can thus be seen as an ongoing demonstration of how conflict can be managed through public speech. In the final chapter, Connolly continues her examination of Cicero's oratory, turning to one of the most challenging speeches to interpret, pro Marcello. She notes how difficult many modern readers have found this speech, with its lavish panegyric of Caesar, and argues that in attempting to deal with the panegyric, interpretation of this speech has tended to over-simplify, ignoring genuine complexities in Cicero's strategy within it in favour of a simple positive or negative judgement of Cicero's sincerity. She suggests instead that this speech is "an exercise in political imagination" (179) which also forces its senatorial audience to reflect on their role in the recent but now past civil conflict and thereby to lay the foundations for a consensual future, albeit one which engages with a different kind of political power. The work concludes with a brief restatement of the potential of these texts, and their close reading, to illuminate current political challenges.

Connolly's interpretative method is so firmly located within political theory that the entire project can feel deeply disorientating to those who are more comfortable with historical or philological approaches. That, ultimately, is why this book is so salutary a challenge to classicists: a deeply felt and committed attempt to show why these texts might matter now.