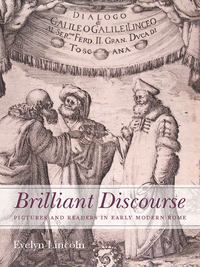 Perhaps one of the greatest innovations of the Renaissance - and not a rebirth after Greek and Roman antiquity - was the proliferation of printed books. Printing presses using moveable types brought a wider range of cheaper ware in better quality to the markets. Soon, large sections of society were able to seek relatively affordable information, to teach themselves and others, and to enjoy the results of standardised spelling and punctuation. Leaflets, pamphlets, scholarly books and entertaining novels would from now on be published in substantial quantities and reach an ever more diverse audience.

As if this technical progress and its uptake were not astonishing enough, the outcome of such a democratisation of the publishing world was even more amazing. Not only could greater numbers of the population become readers than ever before, more budding authors would achieve the status of a published author and, thus, the consequent notoriety and authority in their chosen fields of expertise.

Those of us who consult early printed books in the great libraries of the world, may have sometimes have marvelled at the artisanship and longevity of these wonderful objects, managing to survive for centuries despite the effects of pests, flooding, fires or wars. We treat them with due care and even reverence, while we search for particular information in a text, which at the time of its composition was most likely at the forefront of scholarship or literature. Unless we are engaged in research on the history of the book though, we may easily overlook issues of layout or illustrations and of how these features may have helped to present specific content. Years ago, while reading in Annio da Viterbo's Antiquitates (1498), I admired the skilful juxtaposition of the alleged ancient source and the author's commentaries and wondered how this placement may have contributed to the book's temporary credibility. Evelyn Lincoln's study Brilliant Discourse. Pictures and Readers in Early Modern Rome, is looking into this kind of enhancement of an early modern text, whilst at the same time drawing many additional connections between customs, economics and scholarship of sixteenth-century Rome.

Printing and editorial skills were needed then as now to bring a book successfully on the market. Once there, its fortune would be dependent on the interest the topic held for the intended audience and on the clarity of the author's exposition. From the sixteenth century onwards, printed books would increasingly contain illustrations, most often on the title pages, but also to elucidate the explanations or instructions of the text. These images are the main topic of Lincoln's Brilliant Discourse, which looks at a group of exemplary early, illustrated prints produced for a sixteenth-century readership of the eternal city made up of clergy, scholars, surgeons, bankers and lawyers between the papacies of Julius III (1550-5) and Urban VIII (1623-44). By this time, illustrated books were no longer predominantly considered as picture books for the illiterate but aimed at wealthy and educated readers.

As Lincoln explains at the start, it was her intention to investigate some of the publications of this period as creative projects, i.e. she was mostly concerned with issues of contract, production, organisation of workflow and the consumption of the finished book or pamphlet by private reading and public recital. Early-modern Roman workshops collaborating on a publication were often located in the same neighbourhood, within easy reach of author(s) and patron(s) who may also have known their audience personally. Thus, we encounter a tightly woven community engaged in research, communication and publication by text, sound and image. In this context, it is a rather important point that not only were lectures from written books still a custom in sixteenth-century Rome, but that the composition of text and illustrative part of a book took the connectivity between word and image into account. Finally, and perhaps most astonishingly, this phase of vigorous research, publication and dissemination coincided with a time of renewed and increased censorship in Rome and elsewhere in Christendom right after the circulation of the Index of Forbidden Books (1559) and the decisions made by the Council of Trent (1563).

In such an intellectual and theological climate, which could and often did stifle research and discussion, nonetheless treatises, dialogues, manuals and all sorts of literature were commissioned in vast quantities. An important group within these illustrated books were the Mirabilia in praise of ancient and papal Rome that celebrated surviving antiquities (both pagan and Christian) and pointed out the main sights of the eternal city for pilgrims arriving for a tour of the seven main churches of Rome (chapter 1, see 10-7). While by the sixteenth century the rise of antiquarian culture took some of the attraction from late-antique and mediaeval ecclesiastical monuments - and was heavily criticised for it - these concerns prompted not only a greater engagement with the surviving material culture in Rome, including a clean-up of the city and the re-building of St. Peter's, they also necessitated specialist publications. Such books and treatises were gradually elucidated by reproductions of ancient buildings and works of art as an additional form of documentation in support of the written evidence. Even better, the images included restored the ancient monuments to their former unblemished glory in print and bear witness to the transformation of the mediaeval ruins to a city of the enlightenment by means of the portraits devised by a series of engravers from Dupérac to Piranesi. Accuracy of such city-portraits as well as of the reconstruction of the ruined monuments was communicated as a major selling point.

Early archaeology was, however, only one of the fields explored by the publications made in the Roman print shops. Saints' lives (25-59), medicine (115-61), astronomy (61-113), and courtly fashions and manufacturing processes (163-209) were regularly laid before an audience, whose literacy rates and levels of education were steadily on the rise. A preferred way to communicate new discoveries was in the form of dialogues, in which the interlocutors led the discussion, as they might have done in real life, by engaging the minds and contributions of the reader and, where present, a life audience. The borders between printed discourse and life discourse - both now frequently in the vernacular - thus became more and more fuzzy, whilst being every so often pulled back by the pictorial evidence of the illustrations, which stayed immutable as an authority in itself.

Lincoln's beautifully produced book deliberately discusses a number of highly diverse case studies, based on her claim that it is almost impossible to make a sensible survey of early printed illustrated books as a whole. She also suggests that readers of her book either ought to have become familiar with the volumes she researched or to have direct access to them. Yes, to have these works at close hand would be an added pleasure. But, perhaps no greater enjoyment than to read about these books and their illustrations in terms of "talking pictures" and of "pictures for the ear of the heart" and, thereby, to imagine groups of readers and listeners huddled around a sixteenth-century print. And, to envisage their excitement as they were debating the contents exposed in the books and checking the illustrations for inscriptions and tiny details in an choreography of consumption that is, unfortunately, almost lost to us today.