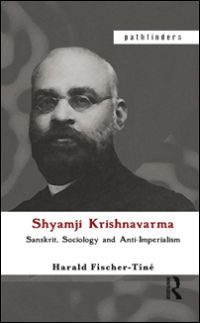 There is no historical truth, but perceptions, and those perceptions shape our identity. After decades of apparent consensus contemporary South Asia intensely discusses both history and identity. In 2012 Bangladesh's Shahbag movement asked whether some of the country's established parties are not actually to be considered enemies of the state due to their role in the war of liberation in 1971. And since the Indian National Congress with the end of the millennium has lost its role as the only truly national party, a fierce debate among historians rages not only about the wisdom of the policy of independent India, but also its founding fathers. In the decades of Congress domination it had become the established 'truth' that Mohandas K. Gandhi with non-violent methods had made the colonial power withdraw, supported most prominently by Jawaharlal Nehru. Other prominent Congress politicians like Sardar Vallabhbhai Patel or Subhas Chandra Bose had been given side roles. The rest of the leading members of the party often were reduced to the status of local or regional heroes and those outside Congress overlooked. When the BJP came to power in 1998, a rewriting of history and textbooks began, in which those earlier considered as radicals or communal-minded like Vinayak D. Savarkar or Shyama Prasad Mukherjee were pushed in the foreground. One of the most recent 'rediscoveries' is Shyamji Krishnavarma (1857-1930), among others because like Prime Minister Modi he comes from Gujarat and is considered a 'man of action' - which he hardly was.

Only in the epilogue of his book Harald Fischer-Tiné, professor for Global History at the ETH Zürich, is commenting the 'safronisation' of Krishnavarma, and he does so with sarcasm. He has found much better reason to investigate the life of an intellectual who became famous as the 'godfather of Indian terrorism'. Notwithstanding the current debate about terrorism, the author has reserved only little space to the few years when Krishnavarma was openly justifying violence as means to counter the oppression by the colonial government. This seemingly unexpected approach is in parts the outcome of the lack of sources, which has made the writing of a biography an extremely difficult task. There is hardly anything known about Krishnavarma's private life and his political views can be derived only from short texts not forming parts of an elaborate theoretical concept. The man behind the mostly dry academic and calculated statements in his journal 'The Indian Sociologist' remains somewhat of a mystery, and also Fischer-Tiné has not been able to do more than draw conclusions from Krishnavarma's environment and the assessments of contemporaries.

The story of Shyamji Krishnavarma's life is quickly told. Having been born into a rather poor merchant family in northern Gujarat, his star began to rise after his father had brought him to Bombay. There he excelled both in 'western' humanities studied at Elphinstone College and the study of 'eastern' scripts. In the decades of Hindu reform movements there was urgent need for a Sanskrit expert with a profound knowledge of Hindu scriptures who at the same time was capable to 'translate' this knowledge for colonial courts, administrators and western scholars. Krishnavarma became the right hand of the leading figure of the Arya Samaj, Dayanand Saraswati, before he followed Professor Monier-Williams to Oxford to become a celebrated academic, apparently one of the first to truly understand the deepest secrets of both 'western' and 'eastern' thinking. In England he came under the influence of the ideas of the liberal thinker Herbert Spencer, which would guide him for the rest of his life. Having enjoyed the liberal political climate in England and particularly London, after his return to India, he came to learn that - notwithstanding being a celebrated scholar and holding high posts in various princely states - at home he was just another 'black' man occasionally experiencing rude treatment by the colonial authorities. Krishnavarma, who by clever investments by then was a rich man, returned to London to establish the famous India House, a hostel for promising Indian students and at the same time a centre for radical nationalists, the most prominent receiver of a scholarship being Savarkar. After one of his disciples in 1909 had assassinated a high-ranking British official, Krishnavarma had to escape to Paris. Quarrelling with other revolutionaries and blamed for writing but not acting, in 1914 he moved further to Geneva to disappear in oblivion.

Neither those facts nor Krishnavarma's writings alone would have made an interesting biography. Fischer-Tiné, therefore, has illuminated the world of his protagonist, showing him in contact with most of the political and intellectual developments of his age. There are interesting observations of the rise of the Gujarati merchant community, the thinking of the Arya Samaj or the fascination for someone who had undergone a sort of double education in the India of the late 19th century. Fischer-Tiné observes the international community of anti-colonial revolutionaries and the influence Krishnavarma had in the USA and Japan. He also dedicates much space to Krishnavarma's perception of Spencer and the latter's disciple Auberon Herbert, emphasizing that notwithstanding yearlong interaction with thinkers and revolutionaries of all sorts none other really left an imprint on the protagonist. In this context, he massively challenges the undifferentiated use of the fashionable term 'cosmopolitanism'. One full-heartedly agrees that true cosmopolitanism would mean the mutual influence by ideas but not merely that some well-known names have come together a few times. In Krishnavarma's case it makes sense to write of a merely 'strategic cosmopolitanism' - public statements of support for like-minded revolutionaries or limited cooperation for tactical purposes.

Certainly, the unfortunately short subchapter where the author analyses the 'ethics of dynamite' is going to be most interesting for most readers. In 1908, Krishnavarma argued that 'where the people are utterly defenceless, both politically and militarily, then one may look on the bomb or any other weapon as legitimate. Its employment then only becomes a question of expediency.' In a cynical analogy with homeopathy he claimed that 'like cures like', i.e., violence cures violence. Although Krishnavarma's statements actively supporting terrorism are both short and rare, the 'outrage' from 1909 worldwide made him the enemy of the West. In a typical orientalist fashion, the intellectual, allegedly not truly having the capacity to digest western thought, was accused to have poisoned his disciples with both drugs and immature doctrines.

Harald Fischer-Tiné's book is worth reading for many reasons. It is not only giving back a long time forgotten intellectual and revolutionary his historical role, thereby saving him from 'safronisation'. It also widens the understanding of the many facets of the international anti-colonial struggle in the decades before the Great War, at the same time emphasizing its many limitations. The author forcefully is correcting those perceptions of that age either narrowing the view in a nationalist manner or believing that lose contacts among those travelling revolutionaries created a sort of like-minded international community.