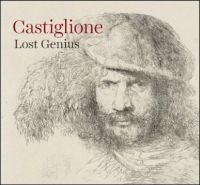 Giovanni Benedetto Castiglione (1609-64) was no saint. Accused of throwing his sister off a roof, shooting a man, and sending his own brother to jail, it comes as no surprise that one biographer claimed that the artist was "more feared than loved". It may be asked, however, if Standring and Clayton have done him a favour by highlighting his dissolute lifestyle. "Caravaggio", one British reviewer writes - making the obvious comparison with an artist whose erratic behavior contributed significantly to his current renown - "created the template for Castiglione's entire career, and the latter [...] inevitably suffers from the comparison". [1] Yet, no matter how close Castiglione's personal temperament might have been to that of Caravaggio, his artistic temperament was far from it. As is well known, Caravaggio was hardly a prolific draughtsman, and it is Castiglione's graphic work that this book sets out to explore, focussing on the exceptionally large group of drawings and prints in the holdings of the British Royal Collection.

The real value of the book, published to accompany the exhibition of the same title at the Queen's Gallery in London, lies in the meticulous study of the developments of the artist's hand. In five chronologically ordered chapters, ranging from the artist's youth in Genoa ("Youth") and early developments in Rome ("Development") to his maturity ("Maturity"), his late recognition in the 1650s ("Recognition") and his final years as a court artist for the Dukes of Mantua ("Last Years"), the authors have attempted to map Castiglione's graphic production and different techniques. That they have confined themselves to the works in the Royal Collection has hardly hampered a full exploration; discussing some 90 sheets, though some only in passing, they offer the reader a thorough insight into the artist's at times highly innovative graphic work. The largest part is concerned with his oil sketches on unprimed paper, a technique that holds a place between drawing and painting, and occupied the artist for a large part of his career. It is with these sketches in mind that the authors formulate the main premise of the book: "The best way to understand the chronology of Castiglione's drawings is to imagine how individual sheets might reflect the evolution of his efforts to paint in oils with boar-bristle brushes directly onto paper." (30)

The criteria that guide the exploration of this evolution are stated explicitly: "The order of Castiglione's oil drawings might be suggested by his degree of success at balancing dry and wet contours, at conveying a sense of volume and spatial differentiation between his figures, and at arranging his individual figures and motifs into multi-figure compositions." (34) If his earliest sketches were strongly embedded in the Genoese context, it was, the authors argue, Castiglione's engagement with the work of Poussin in the 1630s that challenged him to think about the relationship and expression of his figures. His compositions gained more clarity and variety, and, at the same time, his brushwork became both more virtuoso and controlled. It is the "graceful rhythms of the compositions and the elongated figures with the mannered poses" (54) that set him apart from the French master. In the 1640s the artist pushed the possibilities of his medium to its limits, achieving a "wider range of mark types" (101) than attempted before, though inevitably clarity suffered. The use of drier pigments and a darker palette in the early 1650s allowed for a return to clarity, though at times "his calligraphic brushwork gets the better of his spatial control [...]" (112). Towards the end of Castiglione's life the earlier "calculated balance" was lost as "increasingly his expressiveness outweighed the descriptive function of the drawings" (146). Notwithstanding this, his last drawings are among his most balanced and monumental in terms of composition.

All in all, then, the book is first and foremost a work of connoisseurship, and it is in this regard that it stands out. It will not be attempted here to challenge the attributions and de-attributions of the authors, though it may be noted that, whereas they are of the opinion that Anthony Blunt had been too generous when cataloguing the collection, Byam Shaw, in his 1955 review of Blunt's catalogue, actually thought he had been too strict! [2] More importantly, the authors give no clear indication of the status of the sheets that are not discussed in their book; at least some kind of list would have been helpful.

Another, more general point related to the connoisseurial approach of this book should be made. With its focus on the development of the artist's hand we get the impression that Castiglione was exclusively, even obsessively, concerned with his graphic technique. This impression, however, might tell us more about the interest of the authors than that of the artist. A more contextual approach, one going beyond the artist's character flaws, could have given more life to these works. One aspect of his art that might have deserved more attention is the manner in which he engages the work of other artists. The authors repeatedly comment on Castiglione's tendency to borrow motifs from masters as varied as Raphael, Poussin, Ribera, and Rembrandt, a practice which for them appears to have a largely negative connotation. Yet, for seventeenth-century audiences, the implications of such references were not so clear-cut. Indeed, as baroque poet Giambattista Marino famously argued in his 1620 letter to Claudio Achillini, published in his 1621 La sampogna, there is translation, imitation, and theft, and none of them is particularly problematic - he himself, in fact, admits to all of them - if done with flair.

Castiglione certainly brought a lot of flair when looking to the work of others. Of particular interest is Castiglione's engagement with the prints of Rembrandt van Rijn. As already recognized in 1700 by Florent Le Comte, Castiglione's 'oriental' heads (cats. 37-49) reflect Rembrandt's tronies, and in fact, a handful of drawings by the former (one of which is in the Royal Collection; cat. 11) shows how Castiglione drew directly from the Dutch master's prints. The commission, two years after Castiglione's death, of two modelli for altarpieces from Rembrandt by the Genovese nobleman Francesco Maria Sauli suggests that the interest in the painter was not confined to Castiglione alone. [3] Indeed, it might have been Castiglione himself who stimulated an interest in the Dutch painter's work in Genoa; a painting of the "Voyage of Abraham with Animals and Figures" was in the collection of Sauli's father and was probably commissioned directly from the artist. [4] More generally, Genoa was a city where the exchange with Northern examples in this period had been much stronger than, say, in Florence or Rome - and the interest in Rembrandt's work might be seen as a continuation of this fruitful approach.

Another question that might have received more attention is that of Castiglione's choices of subject. The authors describe Castiglione's pastoral scenes as belonging to a minor genre, but this is open to some debate. [5] It is tempting to connect Castiglione's interest in such scenes not only with Northern examples, but also with a particular poetic tradition. Indeed, his bucolic visions seem to match closely the idylls evoked in works of contemporary poets such as Giovanni Vincenzo Imperiale, a copy of whose Lo stato rustic was apparently present in the studio of Giovanni Battista Paggi were Castiglione worked in 1626-1627. [6] In Rome, Castiglione's work attracted the attention of poet Ottavio Tronsarelli, who, in his poem on Saint Peter in the Wilderness Consoled by Angels, makes the painted landscape central to his praise of the painting. [7] A line can easily be drawn from this poetic interest to Castiglione's fascination with Poussin's early works, for indeed, Poussin's work was likewise thoroughly enmeshed in contemporary poetry.

With its rather narrow focus, this book does not succeed in fully recuperating the "lost genius" of Castiglione. As a study of the artist's graphic works, however, the book sets a high standard indeed. Without a doubt, future studies of this aspect of Castiglione's art will have to make reference to its meticulous exploration of the development of the artist's hand.