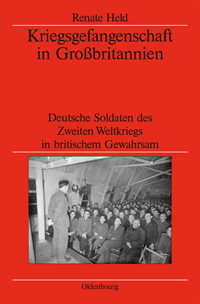 During the Second World War about 35 from 80 million combatants may have experienced a period of captivity. While this may have only lasted for days or weeks in some cases, in others it would last for years. Despite these statistics, professional historians have only recently begun to devote serious attention to this issue. Bob Moore and Kent Fedorowich have edited an important and pioneering comparative volume covering the Second World War and Jochen Oltmer has recently done the same for the Great War. In addition, recent years have also seen the appearance of country specific studies such as those by Alon Rachamimov on captivity on the Eastern Front between 1914 and 1918. In contrast, the experience of Germans during the Second World War and its aftermath in the USSR has remained central in the memory and historiography of Germany since that period. More recently, historians of Britain have also begun to devote attention to the issue of POWs. Although, during the last two decades, a growing literature has emerged on the experience of civilian internment, the publication of Lucio Sponza's 2000 study of Italians during the Second World War, proved important because it also dealt with the experience of military personnel brought to the country. [1]

Renate Held's study on the hundreds of thousands of Germans in British captivity helps to develop an essentially new field of study for both British and German historians who have largely ignored this subject. The book examines policy based upon German and, in particular, British official documents. It does not focus upon the experience of internment for the hundreds of thousands of men affected, other than through the sources which Held chose to examine, especially those connected with re-education. The fact that Held decided to take a chronological rather than thematic approach, following the bulk of her documents based in the National Archives in Kew seems rather unimaginative and explains the policy and chronological based approach.

The book divides into twelve major sections sandwiched between an introduction and conclusion. Following the introduction, Held provides a useful and brief outline of the evolution of the legal position of prisoners of war, focusing particularly upon the 1929 Geneva Convention. Held then moves on to discuss the 'phoney war' period, when, like other areas in the history of the Second World War, relatively little happened in the context of German prisoners of war. The fourth chapter examines the internment of enemy aliens in 1940 under the rather bizarre heading of the 'Their Finest Hour', despite the title of the book. Furthermore and again moving away from the key theme, Held also deals with Italian internment. She essentially recounts the findings of numerous other historians here and has nothing new to say. The justification for dealing with civilian interment would appear to consist of the fact that it proved an important episode in the evolution of World War Two prisoner of war policy in Britain. But devoting nearly 25 pages to a well covered theme seems somewhat excessive. Held then moves on to tackle the public image of both German and Italian prisoners of war, which feared the Nazis more than the Italians. Chapter six best illustrates the weakness of Held's approach. It examines tit for tat reprisals between the British and German governments (reminiscent of those which had occurred during the First World War in connection with the capture of U-boat captains). Spending 18 pages on official correspondence about the chaining of prisoners of war seems especially indulgent and does not add anything significant to the book. It simply illustrates the weakness of a chronologically based approach determined by the easy availability of sources.

One of the key themes of the book consists of re-education, which Held first substantially tackles in chapter seven and which dictates the remainder of the book. This represents the strongest aspect of the volume and perhaps the author should simply have written a volume on this theme. After devoting much attention to the evolution of re-education as a policy and the preparations made at the end of the War to implement it, Held moves on to examine some of the everyday realties for captive Germans by detailing the policy in operation. She demonstrates how screening took place and how the prisoners found themselves divided into black, grey (incorporating the majority) and white, in terms of their levels of belief in Nazism and potential danger. As previous scholars have established, re-education in the camps included not simply lessons, but film showings and the issue of newspapers. In chapter 11 Held focuses upon specific types of camps which held prisoners. For instance she examines the officers' institution at Featherstone, together with youth camps. Throughout the evolution of re-education policy, the British always believed that different types of Germans would need varying levels and types of attention depending upon factors such as their youth and level of adherence to Nazi ideas. Held also devotes attention to the desert camps in North Africa, which seem rather out of place, because the experience of soldiers held outside Britain does not receive consistent attention throughout the book. The description of the camp at Wilton Park, which aimed to send back captives to Germany with the aim of re-educating wider society, proves particularly interesting. Held describes the teaching here, led by the German born refugee Oxford history Professor Heinz Koeppler. Wilton Park, as she demonstrates, actually developed into a sophisticated debating society. There then follows a short chapter on repatriation, followed by a conclusion which simply sums up the book.

Renate Held's 2008 book essentially consists of her 2005 Bochum Ph.D dissertation, which appears to have undergone little revision. It certainly reads like a thesis. The sources control the author, rather than vice versa. The chronological approach may work when describing the evolution of the policy of re-education, the strongest aspect of the book. But it provides a rather tedious chronological narrative. Held, with the assistance of her supervisor, should have adopted a thematic structure, which would have allowed a richer narrative and would have permitted her to utilise a wider range of sources. As it stands, the book serves as a useful introduction to the evolution of British policy towards German prisoners of war, with a particularly interesting section on re-education, its key strength.