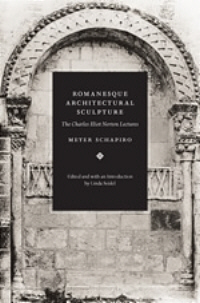 Reading Schapiro's 1967 Charles Eliot Norton Lectures forty years after their presentation at Harvard University's Memorial Hall was a strangely disjointed experience due to the juxtaposition of the intense immediacy and freshness of his delivery with the age of the material itself. It is rare indeed to have such a direct and engaged response to a decades-old text; after all methodologies and disciplines change over time as do styles of prose making even the most revolutionary ideas seem dated. Yet the Schapiro lectures engage the reader in an intimate and straightforward manner, and they do so in part because of the directness of their presentation. The text is a literal transcription of the lectures which were delivered from "a few sheets of paper" and they have an immediacy lacking in most reworked lectures for publication as Schapiro is here engaging his audience directly. The result is a rare glimpse into Schapiro's complex thought process - one made manifest in the unedited language of the text. As we read, we hear him formulating his ideas as he is speaking, not reading to his audience.

This volume is as valuable for its presentation of Schapiro's Norton Lectures as it is for Linda Seidel's comprehensive and thought-provoking introduction. Here the reader is given a thorough background to the lectures, emphasizing the relationship between Schapiro and Arthur Kingsley Porter which appears to have been the motivation behind the choice of themes for the lectures. Seidel also situates Schapiro within (or rather against) the intellectual milieu of mid-century art history, thereby setting the reader up to understand the significance of Schapiro's point of view. Although the lectures had been reworked by Schapiro for publication (albeit unsuccessfully), Seidel's decision to return and rigorously adhere to the original presentation is wholly justified, documenting not only Schapiro's candid style of presentation, but also the process and progress of the lectures themselves. The result is a text that is fresh and direct, even with its inherent grammatical problem of trying to punctuate free-flowing speech. The greatest challenge appears to have been illustrating the seven, hour-long lectures each one of which is a meticulous descriptive analysis of numerous works of art. The decision (I suspect for financial reasons) to limit the illustrations to 70 is problematic as some of the works referred to by Schapiro are neither well known nor illustrated and others referred to in minute detail are illustrated with only one general view (any discussion of the images on the portal of Vézelay, for instance, is referenced only by a small and not very clear reproduction of the entire tympanum). Nevertheless, the reader is made to feel as if they were, as Seidel herself was, a member of the audience in Memorial Hall.

The chapter breakdown of the volume follows the themes of the seven lectures as originally presented: the rebirth of monumental sculpture in the west; the relationship of field, figure and frame (two chapters); programs of imagery (two chapters); the human figure; and animal imagery. In his discussions, Schapiro enlivened what in the hands of a lesser scholar might have been a pointless discussion of the formal characteristics of Romanesque sculpture into a rich and rewarding lesson in seeing. His keen eye and mind had the ability to make minute observations on style and, at the same time, intuitive comparisons on a grand scale. Speaking at a time when most scholars of medieval art were still interested in such questions as dating and origins, Schapiro challenged these methodologies, focusing his own observations instead on the consideration of human agency - the innovative and creative contributions of the Romanesque carver and the inherent complexity of their work. As noted by Seidel in the introduction, he "sought to define underlying principles by which medieval images are constructed and through which they represent human activity and communicate intellectual and emotional content" (xii). His approach heralded the new methodologies that would appear in the next generation and stands as cutting-edge for its time.

In each of his lectures, Schapiro made reference to accepted theories and methodologies and then continued on to systematically challenge each. For example, in his two lectures on the relationship of field, figure and frame, Schapiro's opening reference to Jacob Burckhardt's theory that Romanesque sculpture's subordination of the human figure to the main lines of the architectural framework was absolute is countered by an exhaustive compilation of examples in which the figure interacts with or totally disregards the architectural framework surrounding it. Referring to the trumeau of Souillac in which the figures bend and weave themselves around the distorted colonnettes of the frame, Schapiro stated, "Here it's the architecture which is subordinated to the passion of the figures rather than the reverse" (53).

It is perhaps his final lecture on animal imagery that most decidedly sets Schapiro apart from his contemporaries and showcases his innovative approach. In this lecture, Schapiro discussed the great variety of animal forms found in Romanesque art, presenting them as metaphors for human behavior and power. His interest in these non-canonical forms as equal in importance to the more standard, programmatic images speaks to Schapiro's non-conformity to the traditions of art-historical inquiry. It was not until recent years, particularly with the work of Michael Camille, that art in the margins has come to the forefront as a viable area for scholarly attention. Yet Schapiro, already in 1967, addressed the significance of animal imagery and its role as a vital ingredient in Romanesque sculptural programs, citing, among others, Bernard's reaction in his Apologia as proof of its importance. The very fact that Bernard felt compelled to rant against such images only serves to attest to their power, thus they cannot possibly be considered meaningless or insignificant.

Sometimes subtle and at other times overt, Schapiro's systematic disproving of accepted theories and methodologies is telling and reflects his own intellectual engagement with the scholarly discourse of the time. Seidel states Schapiro was "in constant conversation with the ideas of a number of distinguished European trained medievalists but in agreement with no one" (xxxviii). Schapiro was unique, ahead of his time, and this book, which showcases Schapiro's remarkable critical and analytical abilities, is a welcomed addition to his body of work, and without a doubt a significant contribution to the discipline itself.