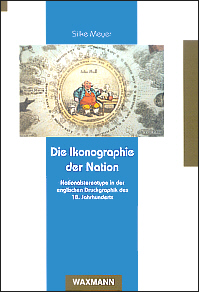 Stereotypes often influence the perception of phenomena not experienced first-hand. In a world where people acquire information through various media and know of other countries or cultural spheres from their own travels, there arises an intriguing question of how people in the past looked at their contemporaries in other countries. This question begs for an interdisciplinary approach, however, because of the different aspects of a past society and the various media involved, which bring to light interconnected questions and problems that otherwise could not be examined. For instance, although some examples of the perception of other countries in so-called high art can be found, the basic material lies in more popular imagery. The manner of perceived phenomena becomes not only a question of aesthetic aim or quality of artistic production, but also ethnography or sociology, and often consigning itself to a specific cultural sphere or iconographical tradition. English printmaking is an especially fruitful example, with its wide range of broadsheets, caricatures, and even illustrations for geographical books in the 18th century. They are a vital source for the understanding of different cultures at a certain time and the development of reactions against foreign people.

And so for her doctoral thesis, Silke Meyer examines the 18th-century English image of people from foreign countries, covering in a virtual grand tour of Europe, the Netherlands, Germany, France, Italy, and Spain. It is not a Grand Tour in the proper sense, however, because Meyer does not want to discuss the particular monuments in every country, nor look at guidebooks and travel literature of the time, but examine through their publications how foreigners had been perceived in England. In great detail she examines a wide variety of images showing other nations, with an overview of the methodological implication mainly rooted in ethnographical research. The objective was to develop these images as a source through their iconographical description and interpretation, as well as analysis in this specific context. She concentrated mainly on the collection of the British Museum, admittedly one of the largest collections of this kind in Great Britain, although not the only. The prints she mainly used for her examination, however, should not have been just caricatures or single sheets, but also illustrations in books for children, such as books on geography and history as well as so-called "chapbooks". Chapbooks were small booklets, mostly twenty-four pages, with woodcuts. According to Meyer, these sheets had been mostly produced for a middle-class, and rather well educated public.

The structure of Meyer's book "Die Ikonographie der Nation" clearly follows the rather conventional structure of a typical German academic publication, with an extensive methodological discussion at the beginning, followed by more general points, such as the perception of printmaking in England during the 18th century, the market of caricatures in England, and the use of prints in general in England during the 18th century. These questions, of course, do not relate entirely to prints showing foreigners, but to all kind of prints, from almanacs to portraits, which often were visible in public spaces. The next point that Meyer examines is the development of the English nation from the 16th to the 18th century, including some aspects of politics in the late 18th century. After this rather long section, which has some characteristics of an extended introduction, Meyer starts to examine the image of various nations, starting with the Netherlands, then followed by Germany, France, Italy, and Spain. The structure of these chapters is more or less always the same by starting with a few examples of the various prejudices that are shown in these English prints and then examining their implications. In several sheets for each nation, Meyer shows her understanding of the image that was found in 18th-century England. Naturally, this image changed over time, but one of Meyer's achievements is to show when and how the perception did change, an active process that often reflected the political situation, the results of which are quite predictable. A nation that relied heavily on trading, such as the Netherlands, and with a somewhat similar background was usually not shown in a negative way, although critique was expressed sometimes. For Germany, at that time not one nation but a conglomeration of individual small countries with different interests and problems, a homogenous image was difficult to achieve. Thus, the result that Meyer presents reflects the actual situation in Germany very well, stating that not a single image was present, but fragments of ideas that were applicable only to parts of Germany. That neither France, nor Italy or Spain, are presented in a very favourable light is not surprising, taking into account the existing political situation and various wars that England already had with Spain and France.

The results are more interesting within an ethnographical context, or in other words, examining the manner of presenting the image of other nations in a specific cultural context. From a merely art historical view, however, there emerges some general questions. The book concentrates entirely on the imagery and iconography used to show how a nation is perceived. This is achieved mostly in unsatisfactory reproductions, which are hard to read, especially if one does not know the impression. It is understandable that for the printing of a thesis rather bad reproductions often have to be used, but in this case, they hinder the argument.

Another difficulty is that the various functions of prints, their perception, and the different levels of production of printed images are not taken into account properly. Even in an examination that deals mainly with more popular imagery, this should be a vital issue. Even in a print market strictly controlled as the English, there are wonderful examples of the various levels of production, from highly prized and highly finished prints for an extremely well educated and wealthy public to popular images for a smaller sum and wider audience. This did not mean, especially in England, that richer people had no interest in caricatures or rather cheap images, but these sheets did generally have a slightly different audience and tried to cover interests as widely as possible, albeit on a more short-term basis. At the same time, this meant that such images often refer to rather well known iconographical traditions and used established prejudices to be understood. That is probably exactly the pattern chosen for most of the schoolbooks, thereby cementing this image. It is an argument that runs in a vicious circle, however, not knowing if the schoolbooks create the image, or if they just take over a well-known fact and hand it down to the next generation. Especially for the image of the Netherlands, the images instead could refer to the various genre prints made from the 16th century onwards, which have just been adopted in later times. For other countries this was certainly the case. Nevertheless, the examination of iconographical sources is missing entirely in Meyer's book, and although not at all easy to establish, it would have been a benefit for this research. Only then could one understand the source, and not just the establishment, of the stereotypes, saving Meyer from the temptation of generalizing points that are already well known for genre prints, which had found a somewhat edited repetition of past images in their English reformulation.