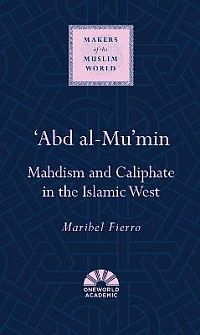 In this very dense, though concise, work of 178 pages, the author revisits the biographical genre with a major study of the first Almohad caliph 'Abd al-Mu'min (r. c. 1130-1163). This biography has been published, in English, in the collection "Makers of the Muslim World" by the London-based Oneworld Publications. This book contributes to the honor of the history of the Muslim West, which is clearly under-represented. Indeed, of the 43 biographies published to date in this collection, only three have been dedicated to personalities from al-Andalus and none, until now, had been dedicated to a Maghrebi. In this sense, this book fills a blind spot in Anglo-Saxon historiography. It is quite appropriate insofar as this study takes into account, by condensing them, the recent advances made by studies on the history of the Muslim West in general and on the Maghreb in particular.

In doing so, this book participates in the revival that this specific discursive mode of historiography, namely biography, has been undergoing since the 1980s. Indeed, during the triumphant period of structuralism, biography was considered a "bourgeois genre", perhaps because it obviously privileged the leading figures of politics, society, war, science and the arts, literature or religion. Breaking with this caricatured and outdated vision, the reasoning here focuses entirely on the conditions and modes of elaboration of this complexity called an individual, even if he is a caliph. In the tradition of Jacques Le Goff's Saint-Louis , the aim is to avoid the double pitfalls of structuralism and subjectivism. To this end, the author combines her exhaustive knowledge of the sources of the West and the Muslim East with the contributions of cultural history, including its linguistic dimensions or its archaeological component. In addition to her own contribution, Fierro reports on studies concerning the Islamization and Arabization of the Maghreb.

Chapter I justifies the choice of devoting a biography to 'Abd al-Mu'min by showing what is exceptional about his achievements. Chapters II and III return to the main milestones of 'Abd al-Mu'min's life, whose journey fits into the Khaldunian explanatory paradigm, which holds that power emerges from the margins of civilization to overwhelm the capital of the previous dynasty and settle in the center, becoming civilized through contact with the ancient elites and urban ways of life. Most often in Islam, Empires are the direct heirs of politico-religious movements that give them strength and coherence. In this case, it is the eponymous ideology of the tawhid that serves 'Abd al-Mu'min, and thus the Almohads, to legitimize his ambitions and win the support or assent of a large portion of the Berbers, and even beyond. This configuration allowed the Almohad caliph to demonize his opponents, assimilated to heretics or unbelievers, and to take the title of Prince of Believers.

'Abd al-Mu'min's policy thus claims to be based on the message supposedly delivered by the mahdi of the Almohads in order to respond to the aspirations of Berber populations crossed by messianic and millenarian currents. It is for this reason that 'Abd al-Mu'min promotes a Maghrebi Islam with its sacralized figure, the mahdi Ibn Tumart, its language of reference, Berber, and its holy places, beginning with the cradles of the Almohad movement Igilliz and Tinmal. In al-Andalus and Ifriqiya, 'Abd al-Mu'min also claimed to be defending Islam and recovering territories recently lost to Christian advances.

Fierro shows that 'Abd al-Mu'min gradually defines himself according to the balance of power, his ability to embody the aspirations of an entire people, the Masmuda, by responding to the challenges of Time. In sum, the action of the first Almohad caliph can be broken down into two parts, which correspond to the historical trajectories, not completely convergent, of the constituent parts of the Almohad Empire, the central and western Maghreb on the one hand, and al-Andalus and Ifriqiya on the other.

Very attentive to epistemological questions, the author distinguishes between sources favorable to the Almohads and others, often oriental or from the Merinid period. In this context, the use of anthropology, particularly through the work of Ernest Gellner, allows us to step back and break out of the straitjacket of event-based history. In the same way, taxation is understood as correlated to the army and the tribes, which constitute a reservoir of violence necessary to undertake wars and conquests.

The linguistic dimension in its plurality, the real backdrop of this story, is taken into account seriously. This is a step forward that should be welcomed. However, on two occasions, Fierro insists that 'Abd al-Mu'min's region of origin would have been more Arabized than that of the Masmuda and thus of Ibn Tumart. Yet the sources indicate, on the contrary, that Arabization dates from the moment when the Bedouin and Hilalian confederation of the Suwayd imposed, under the Zayyanids, its domination over a large part of the Central Maghreb. Still in the second half of the 14th century, Ibn Khaldun reports that the phenomenon of Arabization was then perceived as recent. Moreover, the sources mention that Berber was still widely spoken there in the 15th century.

Chapter IV addresses a central problem: that of the caliph's genealogy articulated to that of Ibn Tumart, an important issue because genealogy is a centrally located category of thought. In the Islamic worlds, the value accorded to people rested on their ability to invoke a filiation, the most illustrious possible, in order to claim to exercise authority. The reasoning ends with a description of Almohad dynastic institutions, and insists on their great originality as well as on the remarkable passion of the Almohads for hierarchy; this fact contrasts with the traditional conception of power in the Maghreb, which was willingly horizontal and egalitarian. Chapter V follows the thread of khaldunian reasoning by apprehending a crucial historical sequence, that of the caliphate, which aspires to establish God's order on earth. It was precisely the imperatives linked to the spread of Almohad ideology and a clear desire to distinguish themselves from the governed that led the Almohads to break with the symbols associated with previous dynasties. This goes from the currency with the adoption of the square dirham, to the redefinition of the relationship between knowledge and power, through the establishment of a local pilgrimage intended to deny any precedence to the East.

Chapters VI and VII focus first on the material dimension of the politics animated by 'Abd al-Mu'mim. In them, Fierro notes the coherence of the Almohad project, which consisted of the establishment of a new order, aiming to surpass the old powers whether by the construction of minarets of unprecedented size or by the planting of gardens, veritable earthly reminiscences of paradise. In the end, thanks to all these devices, the first Almohad caliph succeeded, to a certain extent, in rooting the oriental tradition of the hieratic ruler, most often inaccessible and invisible to his subjects. On the other hand, this policy was accompanied by an attempt to annihilate non-Muslim communities, which led to the end of confessional diversity in the Maghreb and al-Andalus. In this respect, the case of Maimonides could have been treated in more detail.

The author defines in striking terms the contours of the proximity of knowledge/power that allows the emergence of a rationalist age in the Muslim West, with figures such as Ibn ?ufayl and Ibn Rushd (Averroes). The development devoted to Ibn ?ufayl is probably the most remarkable in this biography. Fierro emphasizes the fundamental role played by 'Abd al-Mu'min in this process of valorization of rationalist scholars in the service of power, far from the romantic figure of the lonely genius in the face of opprobrium. This makes it possible to place the leading figures of Muslim thought of the 12th century in their context. Aware of the shortcomings of the Berbers in terms of literate culture, which was necessarily Arabic, 'Abd al-Mu'min understood the importance of having a home for higher learning that could bring glory and knowledge, and train high quality cadres.

Chapter VIII concludes by opening up new perspectives. Indeed, Fierro evokes the multidimensional dimension of 'Abd al-Mu'min's legacy, anchoring his work in diachrony. In a very original way, the influence of the Berber dynasty on the Latin world is highlighted, between Mark of Toledo translating the work attributed to Ibn Tumart or the policy conducted by Alfonso X of Castile, which must now be studied through the prism of the Almohad "model". Likewise, the instrumentalization to which 'Abd al-Mu'min was subjected in Algeria is mentioned. The biography ends with an explanation of the final failure of the Almohads, with mention of the theories of the leading Almohad scholars of the last century. For the author, 'Abd al-Mu'min's main merit lies in the fact that he allowed, more or less directly, the existence of thinkers and mystics whose works still remain extraordinarily vivid.

In conclusion, this decidedly multidisciplinary approach is a far cry from the old biographies of rulers that blended, without much distance, an ordered chronology of a teleological nature, a coherent and stable personality, actions without inertia, and decisions without uncertainty. Fierro argues quite convincingly that 'Abd al-Mu'min constructs his era as much as he is constructed by it. This book is already an essential reading for anyone interested in the history of the Muslim West in the medieval period. The richness of the developments dedicated to the Berbers and the political structures of the Caliphate, as well as the contextualization of the rise of a rationalist thought clearly identified, for the first time, of Almohad matrix fully justifies it.