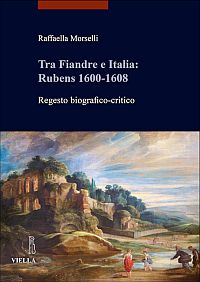 The book connects to a significant group of studies focused on the reconstruction of Pieter Paul Rubens biography, through the translation and/or the transcription of his correspondence. At the same time - as the title suggests - it differs considering its goals and the selected period.

This tradition begins in France with Emile Gachet's Lettres inédites (1840), the contributions by Armand Baschet (1866, 1867, 1868) related to the documents of the Italian period, and the systematic collection of the Codex Diplomaticus Rubenianus, assembled in six volumes by Charles Ruelens and Max Rooses (1887 -1909). In this context, it is worth mentioning also the books by Adolf Rosenberg (1881) and Otto Zoff (1918) in Germany, by Ruth Magurn (1955) in England, by Irene Cotta (1987) about the Italian letters, and the anthology translated in Dutch by Leen Huet (2005). In this "babel of languages and translations" - as Raffaella Morselli writes in her introduction - the author selects those documents referring to the eight-year period which Rubens spent in Italy. The aim is to present them in a reviewed version, through their transcription in the original languages (Italian, Latin, Greek, French, and Flemish), their translation into Italian, the checking of the modern archival locations, and the existing bibliography, finishing with some essential comments presented in explanatory notes.

Beyond concentrating the study over a finite and well-defined time frame, the book emerges for other two innovative choices. Firstly, it does not restrict the attention to the letters, but it includes also administrative documents, such as mandates, payment arrangements, policies and down payment receipts, attorneys, repayment and transfer deeds, debit and credit statements, contracts and loan agreements, buy and sell statements, passes, ecclesiastical ordinations, doctorate certificates, wills and Brabantization acts. The second peculiarity is represented by the insertion of documents linked to other members of the Rubens family, such as the patrimonial acts related to his mother Maria Pypelinckx and his sister Blandina in Antwerp; moreover, those referred to his beloved brother Philip. Such a detailed list of documents - temporally limited, but typologically expanded thanks to the continuous bank game between Flanders and Italy - gives back a complete picture about the relations, commissions, and different roles that Rubens played on the Italian stage as an artist, collector, and diplomatic. Inside this list, we also find some new documents, as a result of the research made by Cecilia Paolini in the Gonzaga Archive in Mantua, now converged in her book edited in 2019 (Peter Paul Rubens e gli arciduchi delle Fiandre meridionali: storia di un rapporto di committenza attraverso la ricostruzione documentaristica e iconografica delle collezioni della corte di Bruxelles, Roma: Ginevra Bentivoglio EditoriA).

In the first of the two opening essays, Morselli gives an illuminating demonstration about the deductions made available by the reading of the collected documents. The bond between Rubens and Italy starts in 1599 with Vincenzo I Gonzaga's trip in Flanders: this means that the accidental, Venetian meeting between the artist and the duke's agent assumes the shape of a scheduled appointment. Crossing the information extracted by the documents, the author unravels the tangle of the main Italian commissions. Even the most significant Genoese works, and the mandate for Santa Maria in Vallicella, pass through the Duke of Mantua. They are indeed motivated by the relationships between the artist and some members of the Serra-Spinola-Pallavicino families. The conducted analysis also gives evidence to the indirect role assumed by Archduke Alberto for Santa Croce in Gerusalemme and Vallicella's commissions. In fact, the notable patron made use of Flemish artists of his knowledge, among which we find Wenzel Coebergher, future architect and engineer at the Bruxelles court.

In the second essay, Paolini weaves between them the data emerging from the comparison of all the 17th century literature concerning Rubens. She analyzes consonances and discordances about the artist's life and works, pointing out the different sources which were used by the first authors for the construction of Rubens biography. A first-rate role was certainly played by the short biography written in Latin by his nephew Filippo Rubens the Younger in the 1670s (but published in 1837), which is here fully translated in Italian for the first time. On the other hand, the scholar also underlines what the first biographies neglect or omit, i.e. information we can find in some writings by his brother Philip and his father-in-law Jan Brant. This could be at the origin of the very poor attention given by the 17th century critique to the close connection between the two brothers. The network of direct and indirect sources at the base of the first Rubensian literature gives emphasis, moreover, to the intense flow of data which arrives through the members of the large Flemish community, even after the painter left Italy.

The regesto is organized per year, and each one starts with a short introduction about Rubens' artistic activity in that specific time-frame. The consequential reading of more than 200 documents concerning the Italian period, plus few other dated 1609-12, allows a series of interesting deductions. First of all, it is evident that the artist, as a real Flemish merchant, was able to manage the economic issues connected to many activities in which he was employed on behalf of the Duke of Mantua. This mastery was also explicated in the use of some bargaining techniques, which were not typical in the Italian context, such as those for Vallicella's central altarpiece, and the special policy - instead of the common obligation contracts - for the Adoration of the Shepherds in Fermo. Despite the oblivion perpetrated by the first biographies, the nature of the deep and moving bond that linked Peter Paul to his well-read brother Philip appears in its right clarity. The result is a new image of a brotherhood made of mutual esteem, a common passion for the Roman antiquities, and many journeys around Italy made together with other pupils of the neostoic Justus Lipsius. Among the activities performed by Rubens in Italy, his art valuations return with a certain frequency: from those referred to Marquis Malaspina's collection or Capodiferro Palace's decorations, to those, never accomplished, related to a painting by Raphael in Florence, and the Prince of Conca's art collection in Naples. For this last purpose, in 1607 the Gonzaga ambassador Ottavio Gentili required Rubens in the city - something that never happened - stating that he also wanted to involve Caravaggio in that same activity.

Concerning the documents here published for the first time, most of them refer to the preparation and subsequent phases of the 1603 diplomatic mission carried out by Rubens in Spain, whose strategic significance is connected with Vincenzo Gonzaga's will to obtain the control of the Flemish army or, alternatively, of the Spanish maritime fleet. These data were firstly presented by Cecilia Paolini on the occasion of the international conference Rubens e la cultura italiana: 1600-1608 (Rome, Palazzo di Venezia-Musei Capitolini, 17-19 December 2018), whose proceedings were published in 2020 in a volume edited by Morselli and Paolini (Roma: Viella).

But the main novelty in the book is undoubtedly linked to the letter, dated 29 November 1605, sent from Nice by the Mantuan ambassador Annibale Iberti to an unknown addressee, with the invitation to bring his greetings to Rubens «[...] se ancor è in coteste parti». The supposed second stay in Genoa - where Iberti sejourned in the previous month - would be motivated by the works for The Circumcision, which could have required a brief presence of the artist in that city before his second trip to Rome.

Finally, the book ends with a biographical index of the ninety-six personalities, and a second, commented list of the twenty-seven places directly or indirectly linked to the Flemish artist in his eight Italian years, with and indication of the exact documents in which they are mentioned. As a result, they form two tools - easy to consult and very useful to reconstruct and cross-check Rubens' contacts and geographies of the Italian period - which prove that many experiences and ties made in those few years were of undoubted importance for his whole future career.