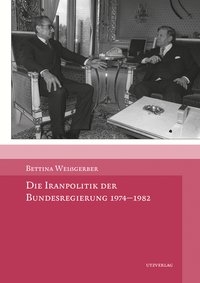 The Institut für Zeitgeschichte has been publishing Akten zur Auswärtigen Politik der Bundesrepublik Deutschland (AAPD) for an entire generation now, so it is scarcely surprising that German doctoral students often turn to these familiar maroon-bound volumes for inspiration. Case studies treating West German policy toward some country or other make for a readily accessible and clearly delineated dissertation topic. When supplemented with a substantial amount of additional archival sources, the results are often quite illuminating. [1]

Isolating and interpreting a single bilateral relationship might seem deceptively simple; yet in practice it can be extremely challenging to capture a wide range of interactions between West Germans and their counterparts abroad. The source base on the other side may be nonexistent, inaccessible, or written in a language that few German students have an opportunity to master. As a result, authors generally focus on German foreign policy toward that other country - in Bettina Weißgerber's case, Iran. Weißgerber covers a relatively short time span, the chancellorship of Helmut Schmidt; yet even this eight-year interval features a startling rupture that drastically reconfigured the character of German policy. One might even say that the Iran of the Shah and the Iran of the mullahs were two completely different countries.

Weißgerber is well aware of this jarring discontinuity, and 1979 figures as the central dividing line in her study. After the revolution, Bonn's previous conversation partners were exiled or dead (or both). Remarkably, she finds that the quality of German policy improved after the rupture. For much of the 1970s, Bonn was hesitant and indecisive. Schmidt's government struggled to define a clear position toward the export of Leopard tanks and submarines to Iran. A projected three-way gas delivery swap among West Germany, Iran, and the Soviet Union took years to get off the ground - in part because Bonn was half-hearted in its efforts to secure preferential access for Iranian imports to the EEC. Construction on the requisite pipelines finally got under way in 1978, only to be halted by the 1979 revolution. As for nuclear exports, Chancellor Schmidt talked a tough game of brushing aside the evolving strictures of the Nuclear Suppliers Group; yet West German officials cautiously tiptoed around granting Iran's immediate demands for fuel rod recycling technology. In a noteworthy side glance at Baden-Württemberg's state-level initiatives in Iran, Weißgerber detects a similar pattern of rosy-eyed projections and unfulfilled projects. Considering that Iran was one of the Federal Republic's most important export markets, the twists and turns of German policy toward the country are truly puzzling - though the backbiting court politics of the Shah's retinue contributed to the muddle.

Why did the Schmidt government appear to gain confidence - and even competence - in the midst of the Iranian revolution? Weißgerber points to the personal qualities of Bonn's ambassador to Tehran, Gerhard Ritzel, who developed excellent ties with the less extreme personalities of the early revolutionary governments. Perhaps more fundamentally, the humiliation of the shah's chief ally, the United States, convinced both Schmidt and foreign minister Hans-Dietrich Genscher that Germany must act as an intermediary. The chancellor had nothing but scorn for President Jimmy Carter and his faltering efforts to forge an international sanctions regime against Iran; yet he allowed Genscher to host secret U.S.-Iranian talks on German soil. The pretense of support for failed U.S. policies did not last long, however, and Bonn insisted that maintaining full diplomatic and trade relations with Tehran would benefit the Western camp overall. German export flows rebounded quickly from the disruptions occasioned by the 1979 revolution.

Weißgerber narrates the various sub-sections of the book clearly and effectively. Her fifty-page exploration of weapons export policy (nearly 1/4 of the book!) offers numerous incisive judgments about inconsistencies in Bonn's approach. Along the way, almost in passing, she offers keen observations about Schmidt's autocratic governing style: his reliance on small committees of private sector experts, whether on an international stage or within the Federal Republic; his tendency to reach decisions among a small group of ministers without involving the whole cabinet; his sidelining of the Bundestag. Weißgerber's study also helpfully calls attention to negative results. Her review of CDU/CSU-Fraktion protocols and foreign policy circle meetings came up blank for the 1970s; the opposition had nothing to say about Iran before the 1979 revolution. Historians do not always document such undramatic findings, yet Weißgerber's three-page chapter is of use for the field. One might have wished for more interpretation of this absence, though. Did Christian Democrats refrain from criticizing the Shah's human rights record because activism on the topic was often infused with anti-American, anti-imperialist rhetoric?

In terms of scholarly apparatus, Weißgerber's introduction features a first-rate literature review, and her command of diplomatic memoirs is impressive. This makes the construction of the second half of the book something of a mystery. For page after page, the narrative relies exclusively upon the AAPD series, including the published documents as well as editorial footnotes featuring supplementary documentation. The fact that this approach sustains lengthy and informative chapters on German responses to the Iranian revolution and the hostage crisis is a testament to the very fine work of the AAPD editors. Nevertheless, there is ample scope for additional research on Iran that taps the holdings of the Political Archive in Berlin more systematically (B 57 for arms exports, B 36 for the Iran desk, etc.).

On balance, Weißgerber's overview of West Germany's Iran policy from 1974-82 is a significant starting point, though it falls short of a definitive treatment. Its main strength is that it draws together multiple policy areas that are often treated in separate contexts - oil imports in Rüdiger Graf's "Öl und Souveränität" (2014), nuclear exports in Dennis Romberg's forthcoming "Atomgeschäfte" (2020), the Iranian revolution in Frank Bösch's "Zeitenwende 1979" (2019). [2] Considering that the German-Iranian relationship remains at the heart of one of the world's most intractable nuclear proliferation standoffs, one can only hope that future scholars will build upon Weißgerber's solid contribution.