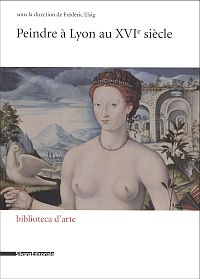 In 1981, André Chastel described the problem facing an art historical study of the French Renaissance. "No one in the world of scholarship," he began, "would be able to draft an accurate survey of French Renaissance art." [1] According to Chastel, one would need to answer five difficult - if not impossible - questions: Who (artists, patrons, and consumers), What (which sort of works), Where (in which province), When (which generation), and Why (which general cultural motivation). While nineteenth- and twentieth-century scholars like Jules Michelet and Louis Dimier argued for a vision of France grounded in the Italian Renaissance, and more recent contributions by Rebecca Zorach and Henri Zerner have focused on François I's interest in Italian classicism and the court of Fontainebleau, Chastel is here motivated by a different concern. [2] The study of the French Renaissance has been struggling with an identity crisis, where historiographic polemics have displaced close attention to actual works of art produced during the fifteenth and sixteenth centuries. Chastel posed his five questions nearly forty years ago. For the last decade, the team directed by Frédéric Elsig at the Université de Genève has been growing a corpus of scholarship that responds to these problems; they are hard at work laying the necessary foundation for a study of the French Renaissance.

Known as Peindre en France à la Renaissance, the project is led by Elsig and lead researcher Carmen Decu Teodorescu. Following the publication of their two-volume work, Peindre en France à la Renaissance (2011 and 2012, respectively) [3], the group has focused on a different city each year, at the end of which they publish an edited volume with contributions from a wide range of academics, curators, conservators, and more. Published in 2014, Peindre à Lyon au XVIe siècle was the first case study, followed by Troyes (2015), Dijon (2016), Rouen (2017), Bourges (2018), with Avignon (2019), Toulouse (2020), and Beauvais (2021) forthcoming. 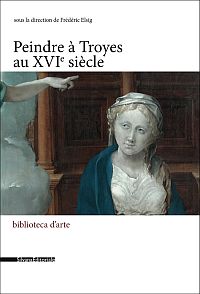 Each book is composed of about fourteen essays as well as an introductory essay outlining the historiographic stakes of the study of each city. The essays are short, ranging in length from four to twenty pages, and many function as overviews of the various artists, techniques, and historical factors contributing to the artistic production of that particular city. Interspersed with black and white photographs (many from the authors' own collection), each contains a few color plates in the back of the book, invaluable photographic documentation of objects that are often poorly published or badly digitized.

Indicative of the dynamic artistic exchange between major areas of production in France, each volume includes contributions that reach well beyond easel painting, ranging in subject from stained glass, sculpture, printing and engraving, manuscript illumination, and architecture. The result is a network of artistic activity that implicitly attends to Chastel's questions: in order to answer the Five W's (Who, What, Where, When, and Why), Elsig and his colleagues seem to suggest, one only needed to go and look. And look they do. Each volume is built on close observation of archival documents as well as objects and monuments contained in regional museums, cathedrals, and private collections. This multi-part project has methodological ambitions as well. In their work, Elsig and his group aim to demonstrate the continued relevance of connoisseurship, tracing the circulation of models in order to build a coherent image of a once-fragmented field. Elsewhere, Elsig has made his methodological stakes very clear-his 2019 book, Connoisseurship et histoire de l'art: Considérations méthodologiques sur la peinture des XVe et XVIe siècles, argues that the discipline of art history is losing sight of its primary object: the "work of art" itself. Whether or not connoisseurship and archival research alone respond sufficiently to the depth of our disciplinary questions regarding the French Renaissance is a debate for another forum. For now, it is clear that the Peindre en France series functions in part as a demonstration of this methodology in action - relevant and, Elsig would argue, necessary. 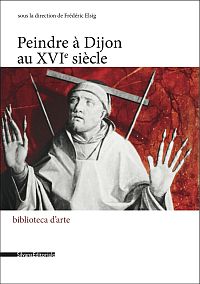 Elsig's ever-growing project has been met with new literature on fifteenth- and sixteenth-century France. Books by Estelle Leutrat, Tania Levy, and others, in addition to major exhibitions - and their accompanying catalogues - like the Louvre's "François Ier et l'art des Pays-Bas" (2018), the Musée des Beaux-Art de Lyon's "Lyon Renaissance: Arts et humanisme" (2016) and the Art Institute of Chicago's "Kings, Queens and Courtiers: Art in Early Renaissance France" (2011), have contributed to the evolving public and academic perception of the French Renaissance .[4] With better funding, perhaps the forthcoming volumes could include more reproductions, particularly more high-quality color plates. A major challenge for scholars wishing to work on this material is access, and without proper documentation, scholarship is limited to those with the resources to travel to the objects' sometimes distant locales. Doubling the illustrative component of the Peindre en France project would only increase its value and encourage more scholars to turn their attention to this understudied field.