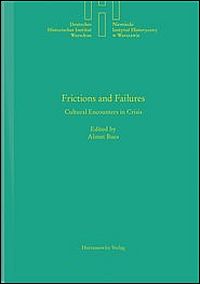 Three historical research areas that have recently brought together scholars across Europe in exciting and productive ways have been the study of women, the study of courts, and the study of cultural transfer through the movements and exchanges of trans-national elites. The brilliant project 'Marrying Cultures' funded by the Humanities in the European Research Area (HERA), now concluded, fused these research themes into one, by looking at queen consorts and their impacts on society and culture as they moved from the country of their birth to a new country for their marriage. The project was led by scholars from four European countries (Germany, Sweden, Poland and the United Kingdom), and produced several conferences, exhibitions and publications. This volume is the product of the third and final of the workshops organised by 'Marrying Cultures', held in Warsaw in 2016. Its particular focus is on dynastic marriages that ran into problems, and provides intriguing case studies from Poland, Hungary, Lithuania and Sweden. By focusing in these regions of Europe, case studies emerge from very different models of monarchy, notably an elective monarchy in Poland-Lithuania and an Orthodox monarchy in Russia. The short introduction by Bues asks two overall questions: how much cultural transfer took place in such troubled marriages; and how much were these consorts able to exercise agency? These are useful unifying questions, but in general the volume suffers from a lack of applying them rigorously and uniformly across all of the chapters. The stated overall theme is to look at how 'frictions', in the form of tensions in language, culture or religion, affected cultural transfer in the early modern period.

The first chapter, by Chiara Franceschini is a useful starting point, as it asks a variety of key questions about women, politics and power in the Renaissance. Focusing on Italian consorts inside and outside Italy across a two-hundred year period (1450-1650), it effectively demonstrates that courts empowered women by providing a place and mechanisms for their projects. Franceschini focuses on cultural conflict and failed relationships, in particular, two Gonzaga consorts who moved abroad, but also examining the myth of the 'civilising queens' who brought the culture of Italy to the rest of Europe. The chapter highlights lacunae still to fill in the research being done on queenship, and is full of fascinating insights on the state of this research so far.

The other two chapters in part I are both short but provide useful viewpoints on underutilised primary sources or how to deal with a lack of the same. Helen Watanabe-O'Kelly, provides an overview of relationships between consorts and mothers-in-law, from Dresden to London, then looks in particular at the correspondence between Maria Amalia of Saxony, Queen of Naples, and her mother-in-law, Elisabetta Farnese, Queen of Spain. Orsolya Réthelyi, in contrast presents the paucity of material available to study consorts in Hungary, yet manages to generate some views on the court of Mary of Austria, Queen of Hungary, in particular by looking at her choice of language in running her household, and how language affected access to the sovereign.

Part II includes four chapters on Scandinavian queens. A fascinating chapter by Grethe Jacobsen explores the failed marriage of Christina of Saxony, Queen of Denmark-Norway and Sweden: after being abandoned by her husband and imprisoned in Stockholm, she set up her own independent court in Odense, modest but still prominent through the patronage of local ecclesiastical offices and artists. Her importance is stressed through her use of heraldry to give prestige borrowed from her family of birth (Saxony) to the relatively new dynasty of her husband and son (Oldenburg), and then using this prestige to negotiate a marriage for her son Christian II with a daughter of the most prestigious dynasty in Europe, Austria-Burgundy. The very short chapter by Svante Norrhem examines the failed coup d'état of Queen Luise Ulrike of Sweden in 1756 to demonstrate how her political ideologies, as a daughter of the ambitious Hohenzollern dynasty of Prussia, clashed with the ideals of a more limited monarchy prevalent in eighteenth-century Sweden. Another chapter on Luise Ulrike, by Elise Dermineur, also questions this Prussian-born queen's loyalty to her new country. Neither of these chapters make use of material that is new or unpublished. The next chapter, by Miia Ijäs, introduces some primary source material, though in the end, although the letters of Katarzyna Jagiellonka, Queen of Sweden, are referred to, the actual texts are not closely examined; claims that this Queen "was unusually an active participant in Swedish diplomacy" (97) go mostly unsupported. The fascinating issue raised here, is the need for this Catholic queen to adapt to Protestant ceremonies at court, and the difficulties she encountered with Rome as a result.

Part III focuses on Poland-Lithuania. The first chapter, by Almut Bues, is much longer than most other chapters, and its introduction functions like a second (needless) introduction to the book. Many of the ideas seem out of date, given the amount of work done on queenship and court culture since the 1990s Bues' focus finally emerges as Polish dowager consorts in a comparative approach, from which some truly innovative ideas emerge: notably, the crucial factor that in an elective monarchy such as Poland-Lithuania, there is no hereditary royal domain and thus no specific way to provide a dowager queen an income. The Sejm therefore had to come up with plans on an individual ad hoc basis. Some oddities emerge in this chapter, for example, how could Marie-Louise de Gonzague have been raised at Versailles several decades before it existed? Why would Jan Kazimierz have had to write to the French king to ask for permission to marry Marie-Louise? Approval, surely, but not permission, as surely this was something in the jurisdiction of the head of her house in Mantua. Her French influence on Warsaw is highlighted, as that of her successor, Marie-Casimire (Marysieńka) d'Arquien, who at first successfully contended with the struggles of managing her Sobieski children's position as royal princes, but ultimately was driven from Poland by the emergence of a new royal dynasty from Saxony.

In the next chapter, Ewa Kociszewska also focuses on Marie-Louise de Gonzague. Her essay perfectly fits the remit of this book and is very clear in its introduction: it deals with reputation and penance, as Marie-Louise attempted to navigate the curious contradiction that her much older new husband, Władysław IV, required her to appear as queen-consort as both virginal and seductive at the same time. When he died, Marie-Louise then took the unusual step of marrying her late husband's half-brother, which tainted her reputation even further, with incest. The chapter by Maria Skiba raises important questions concerning the uses of dynasticism for trans-national political networking, which in the case of Anna Katarzyna Konstancja Vasa, daughter of King Sigismund III of Poland-Lithuania and Konstanza of Austria, should have been spectacular, but ultimately was not. The last chapter in this section relies on a wealth of primary sources - 500 letters from Klementyna Sobieska, wife of the Old Pretender, James Stuart, that are mostly unknown to Anglophone scholarship, having been inaccessible in Minsk for most of the previous century. Aneta Markuszewska provides excellent close readings of this correspondence, which tells a different side of the story (as it is often told from James's point of view) of a deeply unhappy marriage. This is the kind of detailed research that really makes cross-cultural projects like 'Marrying Cultures' a success.

Finally, part IV brings together some of the most original research done for this volume, in two excellent and thematically linked chapters that look at friction caused by differences of religion (Catholic-Orthodox and Lutheran-Orthodox). Giedrė Mickūnaitė first describes the circumstances that brought about the marriage between Princess Elena Ivanovna of Muscovy and Aleksander Jagiellończyk of Poland-Lithuania in 1494, and the curious and confusing bi-confessional ceremonies of the wedding itself. Looking at a series of letters, Elena is continually pressed by her family (who even threaten her with violence) to remain true to the Orthodox faith, and by her spouse's family and subjects to convert to Catholicism.

The final chapter in this volume, by Jill Bepler, provides a unique and detailed investigation of German brides sent to Russia in the early eighteenth century. Before looking closely at the notable failure seen in the case of Charlotte Christine of Brunswick-Wolfenbüttel, wife of the Tsarevich Alexei, Bepler takes a broader view of cross-confessional marriages in the Holy Roman Empire in the seventeenth century, which were done for dynastic reasons. Like these examples, the key motivation behind the Russian marriage for Charlotte Christine in 1711, was dynastic; in this case, the head of the senior branch of the House of Brunswick, Anton Ulrich of Wolfenbüttel, wished to raise his family into the level of European (not merely German) sovereigns, annoyed by the promotion of the junior branch of his family (Brunswick-Lüneburg) to electoral status, and soon anticipating the throne of Great Britain. Bepler looks closely at letters concerning marriage negotiations, and about concerns over a forced conversion, but also about how this marriage gained wider importance once it became a project for the Saxon king of Poland, Augustus the Strong, in particular as a means of effecting cultural transfer, through the patronage of arts and sciences in Russia. Nevertheless, as an effective ending to this collection of interesting and useful chapters, this marriage was a tremendous failure, almost from the start. After their princess had died producing two children for an ungrateful husband, the people of Wolfenbüttel muttered that this had been a failed experiment, which thankfully God had brought to an end.