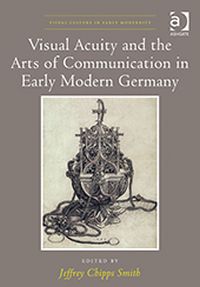 A critical exogenous agent that propelled the visual culture of German-speaking lands into modernity was the technology to reproduce pictures at economies of scale. Once the cost of paper declined by the middle of the fifteenth century, neither new consumers nor enthusiasts of the arts could resist the convenient luxury of images printed in ink. By experts' estimates, over a half million prints circulated in a market that did not even exist a half-century earlier. [1] Oil paintings by Robert Campin and Petrus Christus, which depict printed ephemera of saints as conventional interior adornment, offer glimpses of the newfound intimacy between people's cherished pictures and their domestic spaces. But prints did not perform exclusively devotional functions or even remain isolated within homes. And when they traveled and acted as currents for artistic exchange, they served not only the interest of painters. They forged new tributaries of visual expression for artists, natural scientists, and political satirists alike. Indeed, art historians continue to grapple with the ripple effects of the new mass medium that revolutionized the facture and reception of images of all shapes, sizes, and materials trickling into ever more corners of public and private life.

It is from this newly stimulated economy of images - tangible and abstract - that Jeffrey Chipps Smith champions the "visual acuity" of picture-makers in early-modern Germany. A partial collection of the many papers delivered at the sixth annual meeting of the Frühe Neuzeit Interdisziplinär in 2012, his edited volume centers on a variety of case studies that embody "a keen awareness of the power of visualization." (1) It is an admittedly vague proposition, at first glance. But his selected essays, which are contextualized and harmonized in his wonderful introduction, demonstrate the elegant simplicity of acute seeing. Employing it as an umbrella term for the myriad methodologies relevant to art historians today, Chipps Smith argues for a composite of approaches - from formal and social to phenomenological - to shape-shifting artworks from a period in medial and creative flux. It is thus no surprise that a key resource cited throughout the volume is Matthew C. Hunter and Francesco Lucchini's "The Clever Object," the premise of which is to engage with recent thinking in thing theory and anthropology to probe what makes artefacts alluring, intractable, and irresistible to their human inter-actors. [2]

The volume leads with a mesmerizing essay by Allison Stielau on one such arresting artwork: Martin Schongauer's Censer engraving (ca. 1480), which aptly adorns the book's cover. Schongauer's picture exemplifies how the influx of prints opened up new doors for image-making and blurred traditional lines of medial demarcation. A tribute to the potential of a new artistic technology, the autonomous censer stands alone, asserting itself in all its sculpted flourishes worthy of its own paper canvas. Quite a departure from the typical disembodied, fragmentary decorative patterns for use by craftsmen, this new object engraving, as Stielau coins it, not only dignifies craftsmanship by encompassing the finished product in its entirety but it also takes on a life of its own, casting a shadow, draping itself proudly with its chains, and confronting the spectator obliquely from below (analogous to a sitter in a three-quarter view portrait).

With commensurate visual acuity, Jonas Silbers crafted his programmatically dense Universe Cup for Emperor Rudolf II in 1589, now housed in Berlin's Kunstgewerbemuseum. A medial inverse to Schongauer's Censer engraving, the delectable piece of metalwork, according to Andrew Morral's penetrating analysis, owes much of its erudite iconography to prints, such as a celestial map based on Dürer's 1515 woodcut. Like the Censer pushing into the margins of the paper, the Cup revels in the space it occupies - that is, its visual apprehension requires its users to handle and move about it physically.

Bridget Heal also focuses her attention on a single, sumptuous piece of metalwork: the crucifix from the town hall of Freiberg in the Erzgebirge, dated to the late fifteenth to late sixteenth centuries (Freiberger Stadt- und Bergbaumuseum). Standing prominently at a half-meter in height, the crucifix is adorned at its four ends not by Evangelists but by representatives of the city's mining and metallurgy industry - each sculpted figurine embedded in shimmering but unworked shards of rock crystal. In spite of the city's conversion to Lutheranism in 1537, Heal demonstrates that local traditions in raw materials often employed for artistic means trumped Reformational iconophobia. Likewise, Ruth Slenczka problematizes Protestants' skepticism of images in her fascinating close reading of Georg Mylius's funeral sermon for Lucas Cranach the Younger in 1586. For Mylius, the expert spectator, who is sensitive to the vagaries of style, perspective, use of color, was not as susceptible as novices to the treachery of representation. Medievalists could consider Mylius a snobbish, connoisseurial antitype to Pope Gregory the Great, who around the year 600 championed the use of images to convey the faith to the illiterate.

Chipps Smith is also careful to point out that visual acuity also functions in tandem with other senses. Two essays incorporate music into their case studies. Alexander Fisher explains how tears, which Counter-Reformational Catholicism considered important outward signs of contrition and absolution of sin, served as a synesthetic lynchpin between Hans Reichle's monumental bronze crucifixion group for the Basilica of SS. Ulrich & Afra in Augsburg (1605) and a musical piece composed roughly contemporaneously by the church's former organist entitled Lacrumae D. Virginis et Ioannis in Christum. The piece's modest melody and "transparent musical language" were not to distract from the mournful lyrical dialogue between Mary and John - just as the bronze's inscription called on viewers "to take heed not of the bronze, but rather of what it shows." (136) Musical accompaniment is also the subject of Arne Spohr's investigation of rarely discussed sound conduits, which concealed musicians from the architectural spaces into which their music was funneled. The Danish King Christian IV (1577-1648), for instance, preferred to exclude them from his visually acute (and highly orchestrated) courtly ensembles.

The essays that have gone unmentioned here are no less worthy of consideration. The issues laid bare in this volume - visual literacy, copies and emulation, memory and devotion, and the arts of communication and reception - are indeed all topics of acute interest to scholars of early modern as well as medieval Germany.