Umar Ryad: Islamic Reformism and Christianity. A Critical Reading of the Works of Muḥammad Rashīd Riḍā and His Associates (1898-1935), Leiden / Boston: Brill 2009 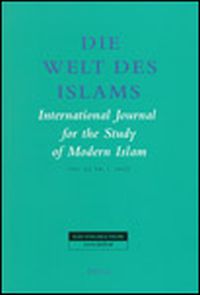 Was the Palestinian mufti Amīn al-Ḥusaynī, who collaborated with the Nazi regime, really responsible for planting the idea of the extermination of European Jewry in Hitler's mind? According to Israeli Prime Minister Benjamin Netanyahu, yes, it was the mufti - and not the National Socialist regime - who was the main instigator of the holocaust. Netanyahu made this statement during a speech before the World Zionist Congress in Jerusalem in October 2015 and received a substantial amount of criticism from different parts of the world, including Israel.[1] The idea that there is a connection between the religion of Islam and Fascism or National Socialism has been a recurring theme in certain anti-Muslim polemics in the U.S. and Europe for many years. One of the core concepts of these polemics is the so-called "Islamofascism", a term that links Muslims with Fascists and Islam with the Nazi ideology. Therefore, and in order to examine the claims behind such an idea, the international journal Die Welt des Islams published in 2012 a special issue fully dedicated to the term "Islamofascism". The often undifferentiated use of this vague concept in the media and academia did not contribute to elucidate what is really behind it, which is why a multi-disciplinary discussion about the concept of "Islamofascism" was more than essential to not only help us understand the origins and developments of this term in recent history, but also to identify its various flaws and the absurdity in the assumption that there is a link between Islam and fascism, which would mean basically that there are more than one billion potential Nazis on earth.

The first thing that catches one's eye in this special issue is the group of renowned scholars - each in his field - that the guest editor, Stefan Wild, was able to gather. The collection opens with a brief introduction by the editor in which he situates the debate about "Islamofascism" in its broader political and historical context. The contributions are divided into two main sections, Generalities and Method, on the one hand, and Case Studies, on the other. The first section starts with an interesting discussion about the methodological problems of drawing parallels between modern European and Middle Eastern history. Joachim Scholtyseck argues that the perception of similarities between Middle Eastern movements from the interwar years with fascist and National Socialist regimes does not necessarily justify their labeling as "fascist" or "National Socialist". Applying a typology derived from European history to non-European movements, he continues, demonstrates a lack of accuracy that can only be addressed by finding other labels. In the next study, Reinhard Schulze's article draws our attention to a long tradition of European and North American discourses of othering Islam and Muslims since the nineteenth century. Relating Islam to Fascism and Fascism to Islam was, he explains, instrumental in "splitting" both concepts "from the core context of the Western identity". Peter Wien takes us back to the 1930s and early 1940s to understand the emergence of Arab responses to fascism in their global historical context. In Wien's view, Arab expressions of sympathy for fascism in this period should not be seen as a reflection of any "alleged authoritarian or totalitarian structures inherent" to Islam, but rather as part of much larger phenomena of decolonization and global ideological trends that were adopted not only in Arab or Muslim societies of that time, but also in other colonial societies. Next, Moshe Zuckermann's critique of "Islamofascism" highlights the main differences between Islamic fundamentalist movements on the one hand, and European models of Fascism and National Socialism, on the other. His study argues that "Islamofascism" as a concept is much more the reflection of ideological polemics and political indoctrination than the result of a well-grounded analysis.

The second section starts with Katajun Amirpur's fascinating study of Iran's policy towards Jewish Iranians and Israel. Her study is the only one in the volume that does not deal with the Arab World or Europe. Amirpur sheds light on the often-perceived anti-Semitism in the rhetoric of certain Iranian leaders, by examining both the ambiguous relationship between Iran (before and after the revolution of 1979) and its Jewish population, and the effects of the Israeli-Palestinian conflict on Iranian political affairs. The next study, by Orit Bashkin, looks at the use of the term "Fascism" amongst Iraqi and Iraqi-Jewish communists between 1942 and 1955. The author retraces convincingly how this term was integrated in the rhetorical and ideological arsenal of Iraqi communists to oppose rightwing Iraqi nationalism, on the one hand, and how it continued to be used by Iraqi-Jews who migrated to Israel in the early 1950s in their campaigns against rightwing Jewish nationalism, on the other. Jocelyne Cesari's case study deals with the devastating consequences of the so-called "War on Terror" on the daily life of Muslims in Europe. Cesari argues skillfully that the securitization of Islam created very deep social divisions within European societies that continue to exclude European Muslims from the national narratives of their societies.

We return to the Arab World with Alexander Flores' study, which offers an interesting discussion of "Arab anti-Semitism". On the basis of three major books that underpin the idea that present-day anti-Jewish attitudes among Arabs are equal to the eliminatory anti-Semitism of the Nazis, the article shows why such arguments are untenable. Furthermore, it brings an important nuance to the debate by attributing "the rise and development of anti-Jewish motifs in modern Arab discourse" not to a supposed link between Arabs and Nazi ideology, but rather to a reaction against the Zionist project. Israel Gershoni's case study continues the discussion about Arab responses to Fascism in the interwar years. At the center of his article is the Palestinian intellectual Muḥammad Najātī Ṣidqī (1905-1979). His book al-Taqālīd al-islāmiyya wa-l-mabādiʾ al-nāziyya: hal tattafiqān? (The Islamic Traditions and the Nazi Principles: Can they agree?) is indeed a fascinating example of an Arab intellectual who tried in 1940, at the dawn of the Second World War, to expose to his community the dangers of Nazi ideology. Ṣidqī, in comparison to some of his contemporaries who collaborated with the Nazis including the aforementioned Amīn al-Ḥusaynī, saw it as a moral obligation to defeat Nazism first, before continuing the struggle against the colonial powers.

Götz Nordbruch's article examines various Arab-Muslim responses to Fascism and Nazism in the Arab World up to the end of the Second World War. The study discusses several examples of Arab-Muslim intellectuals who, using religious-based arguments, raised their voices against certain existent affinities for Fascist and National Socialist ideologies in their societies. Nordbruch shows that the spectrum of Arab-Muslim reactions to Fascist ideologies, even within the Salafi reformist movement, was arguably much more nuanced than sometimes assumed, and that it cannot be restricted to Amīn al-Ḥusaynī. The final study takes us to Palestine during the Second World War as the author René Wildangel turns our attention to a very important feature of the foreign policy of the Nazi regime in the Middle East, i.e. its attempt to win the support of Arabs and Muslims by means of propaganda. Wildangel examines the impact of the "Nazis' attempt to plant their own distorted version of "Islamofascism" in Arab lands through publications and radio broadcasting, and comes to the conclusion that in Palestine the German-Arabic propaganda was not successful.

Despite the fact that there are some overlaps in the studies and a too strong focus on the Arab World, the collection "Islamofascism"? provides an invaluable contribution to a very important contemporary discussion, namely whether there are similarities between Islam and the Fascist and National Socialist ideologies. It presents up-to-date scholarship on different aspects related to the very polemical term "Islamofascism"and its historical, philosophical, religious, and political foundations, making it an essential reading for all those engaged in thinking about Islam and Islamic political ideology today.