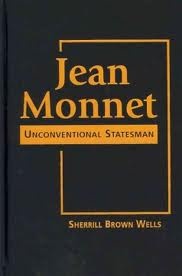 Sherril Brown Wells has written a remarkable book. Her biography of the French technocrat and Eurocrat avant la lettre, Jean Monnet, succeeds in terms of lucidity, in-depth and multinational empirical analyses and gripping narrative. Given the thorny and often-blurry transnational nature of Monnet's European and trans-Atlantic ways, as well as the brain-cracking issues of conceptualisation and composition connected to that, this is an impressive achievement.

Without saying it explicitly, Brown Wells' biography makes a strong case for the use of the classical research methods of the humanities, if one wants to fathom the process of European integration. In many passages throughout the book, her empirically informed nuances and footnotes to the existing explanations challenge the scholars of integration history to take their research questions to the next level by creatively investing in traditional methods, such as close reading, making original combinations and comparisons of key primary source documents of both professional and private life, undertaking exercises in Verstehen (emphatic understanding) and even writing ego-oriented 'great men' history, if the empirical material suggests you to so. Her results indicate that these approaches may still remain the best way to penetrate the transnational heart of Europe's post-war integration process.

Be that as it may, Brown Wells' approach at least suffices to capture the Monnet-phenomenon on the high ground of historical analysis, where fact and fiction (myth) are separated. Regarding most of the core episodes seen from the perspective of Monnet, Brown Wells can compete easily with the explanations and analyses offered by François Duchêne and Éric Roussel in their monumental and enlightening biographies of Monnet [1].

This is not to say that Brown Wells has written a revisionist book or presents path-breaking conclusions, quite the contrary. She confirms most of the central points in the existing literature on Monnet, such as his truly transnational lobby for European integration and its effectiveness in terms of political results, the highly pragmatic tactics and strategies behind Monnet's hyper-ideologically framed public agenda for the United States of Europe, Monnet's intimate bonds with US high society and government circles in Washington as from the 1930s onwards, Monnet's keen eye for the French national interest, Monnet's very early and profound adaptation of a concrete agenda for action regarding cooperation and integration in post-war Western Europe, including supranational sector-integration (as early as the summer of 1943 in Algiers), the impressive political influence on the key governments of the West Monnet managed to institutionalise in his vibrant Franco-cosmopolitan entourage of experts, technocrats, planners, journalists, politicians and intellectuals, crosscutting political parties, nation-states and their governments and bureaucracies, to name but a few. Brown Wells gives more clarity and depth to a lot of these dimensions of Monnet's work for Europe. She does this, moreover, with a degree of critical distinction and focus on facts that distinguishes her book from most of the existing literature on the person of Jean Monnet.

Most notably, Brown Wells meticulously fleshes out the evolution of Monnet's trans-Atlantic network and the origins of the American liaisons, which remained, to a considerable extent, directing and even guiding his professional life for Europe. That life took off in 1950, as from the moment that Monnet - as the true inspirer of the Schuman-plan (for the European Coal and Steel Community (ECSC) launched by the French minister of Foreign Affairs, Robert Schuman) - took on prime responsibility for Europe's future by presiding over ECSC-negotiations among the six founding member-states of the EU in Paris in 1950/51. And then continued, as Monnet became the first President of the High Authority of the ECSC in Luxemburg. He quitted this job after the defeat of the European Defence Community (EDC) in August 1954 to dedicate himself fully to the transnational Action Committee for the United States of Europe, which he founded after the EDC debacle. This Action Committee played a key role in the relance européenne in the mid-1950s, which resulted in the signing of the Treaties of Rome in 1957 (although here Brown Wells misses the crucial cooperation of Monnet and his team with the German vice president of the High Authority Franz Etzel, a heavy weight CDU-politician who had direct access to Chancellor Konrad Adenauer).

Brown Wells most valuable contributions to the existing knowledge on Monnet's life and work are to be found in the first four chapters of the book. There she vividly reconstructs the 'pre-history' to Jean Monnet's official European career. Her investigations into, and report of, Monnet's tricky investment bank-like American assignments in China in the mid-1930s (24-33), his unsuccessful US consultancy adventures in the 1930s (35-39), the (very) odd arrangements he set-up to marry a much younger Italian woman, Silvia Giannini (33-35), his deep ties with the Dulles' family and the Ford Foundation that went back to the war years and his friendship with John McCloy, the former High Commissioner of the United States in West-Germany (for instance, 212-215), the plan making for a Franco-British union and the day-to-day trans-Atlantic (Anglo-American) planning for wartime Europe (52-66), all these reconstructions by Brown Wells shed fresh and interesting light on crucial aspects of the life and work of the 'European Saint' Jean Monnet.

The same is true for Brown Wells 'American' take on the Franco-French struggles in wartime Algiers as from 1943 - where General Charles de Gaulle successfully challenged the Washington-backed leadership of General Henri Giraud, on whose behalf Monnet had been sent over with the American mission to shore up the credibility and content of his policy and politics, yet decided otherwise and enabled De Gaulle to realise his ambitions for post-war France and the leadership thereof (chapter 3). This gives a highly relevant historical context to the later battles and intrigues, which would overshadow the relationship between the two great Frenchmen of the twentieth century. Brown Wells traces their troubled relationship back to Algiers 1943, and rightly so.

However, the crucial contribution of this Monnet-biography to the existing historiography is to be found in the consistent threads of trans-Atlantic entanglement that run through Monnet's life. And which have now been unveiled with great clarity and empirical decency by Brown Wells. This makes this comprehensive and well-written biography of Jean Monnet a must-read for anyone interested in Monnet's ideas and actions and their meaning and ramifications, in the nature of European integration and trans-Atlantic relations. Brown-Wells subtle additions to and corrections of the existing images of Monnet's life and work are essential for a better understanding of les mondes de Jean Monnet and the origins of today's European Union. Last but not least, Brown Wells consistent dedication to in-depth process tracing and triangulation (on the basis of extensive primary source research) in key dossiers, covering all stages of Monnet's active career deserves praise. From a more epistemological perspective, the enlightening results of this traditional approach and the classical chronological framing of the story build a strong case for old-fashioned diplomatic history in the scholarly quest, both in History and Political Science, to fathom the unprecedented process of European integration.