U. Vermeulen / J. van Steenbergen (eds.): Egypt and Syria in the Fatimid, Ayyubid and Mamluk Eras IV. Proceedings of the 9th and 10th International Colloquium organized at the Katholieke Universiteit Leuven in May 2000 and May 2001, Leuven: Peeters 2005 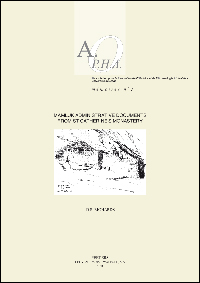 As is frequently lamented, there are precious few extant Arabic documents from archives predating the Ottoman era. Scattered chancery documents found in the literary sources, are, as one scholar of this period explains, "isolated specimens, presented (with some editing by the medieval authors) to glorify the deeds of a ruler (and incidentally the literary skill of his clerk), or to serve as a model for the instruction of chancery officials". [1] Any publication of archival documents is, thus, of great importance for historians of medieval Islam, even more so when the concerned documents are, as in this case, from the only archive of chancery documents to have survived from medieval Egypt - the archive of St. Catherine monastery in the Sinai.

Dozens of Arabic documents from this archive have been published during the last century, mainly by S.M. Stern, Hans Ernst, R. Humbsch, and the author of the present study, Donald S. Richards. After having previously published more than thirty administrative documents from the monastery, the author produces in his present study an edition of eighteen newly edited administrative documents, all from the Mamluk period.

In his introduction, the author provides a short historical background on the monastery and a brief "state of art" of the study of its Arabic documents (7-10). He states that "it is the aim of this present study to edit and translate with commentary the remaining body of Mamluk administrative material, namely the orders issued for the monks by officials subordinate to the sultan" (10). Since most of the documents deal with the Bedouin of the region, the author briefly discusses their relations with the monks of the monastery, which is best described as "symbiotic", or, in the worst case, as "at once protector and possible threat" (10-11) to the monks.

This survey of cultural context is followed by a discussion on the nature of the documents (13-31). Based on scribal handbooks from the Mamluk period - namely, those of Aḥmad ibn ʿAlī al-Qalqashandī, his son, Najm al-Dīn Muḥammad, Ibn Faḍl Allāh al-ʿUmarī and Ibn Naẓir al-Jaish - the author provides the "theoretical" background for the documents. He discusses briefly the relevant category of chancery documents, named mukātabāt (letters, communications) (14-16), and classifies his documents into two main types: items issued in the context of the central administration (most of the documents) and those produced from a lower level, i.e. local governors (16-17).

The remainder, and best part, of this introductory section is dedicated to diplomatics (18-31). Based on the manuals mentioned above, the author examines the various initial and closing protocols of the documents, and compares these "official standards" of chancery writings to what actually appears in the documents of his study. This comparison reveals that the chancery guidelines did not always, and sometimes rarely, conformed to the wording of actual documents. As for the substantial text of the documents, the author points out that the documents of his study are remarkably similar in their substance and wording: they "explain the situation as it stands for the moment or sometimes set the complaints of the monks against past practice of the regime and its previous support for the monastery. This is generally followed by a command to take note of the order being given. This can be a rather wide instruction to respect the rights of the monks and protect their interests or a more specific order touching on the behavior of individuals" (28).

The author moves to discuss the documents themselves. The edited documents are ordered chronologically starting from the beginning of the Mamluk period (661/1263) to its end (922/1516), and numbered consecutively by the author from I to XVIII. However, almost half of the documents, nos. XI to XVIII, are dated by the author to the last decade of the Mamluk Sultanate, i.e. from 914/1508 to 922/1516. The author provides the following information for each document: the item number according to the handlist of the monastery's Arabic documents made by A.S. Atiya [2]; description of the document's size (width and length); reference to the plate number of the document's photograph, found in the ending section of the book [3], and the type of the document with a short description of its substance. The edited Arabic text of the document is presented, some notes about the text (mainly concerning problematic phrases), an English translation and a commentary. In the commentary the author analyzes the text in light of other published documents from St. Catherine's archive (carried by him or others), as well as scribal manuals, contemporary chronicles, biographical dictionaries and modern studies. In several cases he made his own additions or corrections to dates or assumptions claimed by other scholars, such as Ernst (49-50, 75-76, 119, 125), Humbsch (36, 37), Atiya (88, 129), and Shuqayr (56). This extensive background research serves the reader with the wider contexts of the documents and sheds more light on events, persons and dates mentioned in them.

All of the documents (except nos. I and IV) were concerned with the Mamluk authorities' protection of and privilege given to the monastery and the monks. The repeated orders, especially during the last decades of the Mamluk Sultanate, regarding the security of life and property of the monks, clearly indicate the difficulty of the central authorities in that time to enforce law and order in peripheral regions. As the documents show, the interests of the Muslims themselves were behind this policy: the monks provided succor to pilgrims, maintained Muslim shrines in the region and a mosque within the walls of the monastery. Indeed, the monks in their petitions, as the author rightly points out, "were at pains" to emphasize these roles (p. 8). One may add other important interests of the regime in safeguarding the monks and the monastery, such as the necessity to suppress activities of local rioters or to maintain stable relations with Christian European powers. However, the documents also make the impression that it was the Muslim authorities' legal obligation to the Christians dhimmies to secure their rights, since, as the documents say, "they possess covenants from the Prophet and decrees of the caliphs" (p. 114, 124).

Unlike the somewhat problematic general descriptions found in literary sources - these documentary sources provide a deeper understanding of the nature of offices such as ustādār, dawādār, and local military governors, as well as in tracing administrative procedures.

Document no. IV (pp. 51-55) seems to be of special interest. It is an inspection report on the mosque and the monks' behaviour toward the Muslims, made by the governor of Mt. Sinai area (Ṭūr) in Shaʿbān 700/April 1301. After this inspection he ordered raising the height of the mosque's minaret. The author assumes that the reason for this inspection related to former "charges that the monks had failed to maintain the mosque and that they were mistreating the local Muslims" (55). However, to my opinion, this investigation might be examined in a broader context, in light of the enforcement of "Umar pact" by sultan Baybars al-Jāshnakīr exactly at the same time, and the persecutions of dhimmies that followed it. The raising of the minaret might be connected to the known prohibition of Christians' edifices to be higher than those of Muslims. [4] This important document reveals, as it seems, that the enforcement of the discriminative rules in that year reached the most peripheral areas, such as Mt. Sinai's monastery.

Another clarification should perhaps have been made concerning the dawādār Ṭūmān Bāy, whose name appears in no less than eight of the documents (nos. XI-XVIII). According to the historical sources, Ṭūmān Bāy occupied the office of the dawādār between 913/1507, until he was crowned as (the last) Mamluk sultan, in 922/1516. This period helps the author to date some of the documents. However, it is noteworthy that there was another chief dawādār named Ṭūmān Bāy, who occupied this office between 904/1498 until his own nomination as sultan in 906/1501. [5] The author attributes all eight documents to the first mentioned, al-Ashraf Ṭūmān Bāy (the last Mamluk sultan), but mentions in the index the royal title of the later mentioned dawādār and sultan, al-ʿĀdil Ṭūmān Bāy (145).

Of course, none of these minor clarifications detract from the excellence of this study. Thanks to his skills in reading and deciphering Arabic medieval documents, as well as his expertise in contemporary scribal and historical material, the author produces a study of a great interest for the historian of the Mamluk period.

[3] Here it should be noted that the author did not have at his disposal the original documents, but photographs of them, which originated in microfilms made by the expedition of the American Foundation for the Study of Man in 1950.