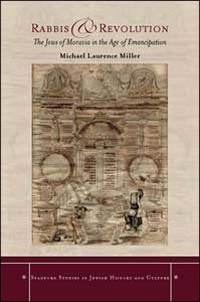 This study is the first modern scholarly monograph that treats Moravian Jewry as "a cohesive whole, the sum of its many complex parts" (8). It accounts for the distinctive features of Moravian Jewry such as its special residential patterns characterized by the dominance of medium-size communities as well as its rather moderate and centrist predilections preserved even in the face of major controversies that deeply divided Jewish societies elsewhere during the 19th century. It also exposes the impact of draconian local restrictions of which the Familiants Law, the Jewish quarters and special Jewish tax were the chief manifestations. Michael Laurence Miller's main goal, however, is not to provide a static collective portrait of the altogether 52 Moravian Jewish communities but to examine the various internal and external challenges and controversies that surrounded the complex process of Jewish integration into Moravian society "in the age of emancipation". Somewhat ironically, this integration took place at the time when Moravian society was increasingly divided between German and Czech nationalist camps - even if regional and supranational identity constructions admittedly continued to exert a more sustained impact here than, for instance, in Bohemia.

Aiming to elucidate the recurrent tensions between local prerogatives and centralizing initiatives that characterized Moravian Jewry during the first half of the 19th century, Miller devotes chapters to the personalities, convictions, roles and fates of its chief rabbis Mordecai Benet, Nehemias Trebitsch and Samson Raphael Hirsch, aiming to embed their stories in the process of the transformation of both Jewish society and Jewish-Christian relations. The scope of the study at times goes beyond discussions of crucially important Moravian rabbinical authorities, especially when Miller describes the events of 1848 and the developments of subsequent years. While the book thus studies much more than the story of the Moravian Chief Rabbinate, its narrative fittingly ends with this institution losing much of its statute after the unexpected departure of Hirsch in 1851 and the spread of modern freedoms.

After an introductory chapter on the prehistory of modern Moravia and Moravian Jewry, Miller argues that the Moravian Haskalah, mediated through Vienna and Prague and crystallized around the ideas of Gideon Brecher, "embodied the true spirit of Mendelssohn" as it managed to strike a balance "between Jewish tradition and European rationalism, treating the cross-fertilization as mutually beneficial" (86). He tells the story of Benet who served as chief rabbi between 1789 and 1829. Miller claims that Benet endorsed a rabbinic version of the haskalah, clarifying that Benet did not reject secular knowledge but much rather viewed it as a potential "handmaiden" to the Torah, viewing internal attacks on halakhic tradition as much graver threats (66, 97).

While the author offers such positive depiction of the Moravian Haskalah and the mediating role of Benet, his assessment of Trebitsch, who served as chief rabbi between 1832 and 1842, is decidedly more critical. Chapter 3 shows how the repeated attempts of Trebitsch to "shore up his authority over the religious and educational affairs of Moravian Jewry" backfired and authority ultimately devolved to the individual Jewish communities of Moravia (100). Another crucial actor is Hirsch Fassel, the de facto political leader of Moravian Jewry in the 1840s, whom Miller presents as a rabbi closely identified with the conservative wing of the Reform movement. He explains that Fassel aimed to remain true both to tradition and modernity and suggested that a historical understanding of halakhic development led to the distinction between principles ("moral laws") and statutes ("religious laws") - a distinction that enabled him to justify certain changes to Jewish ceremonial law.

In 1847, the Jews of Moravia unanimously elected Hirsch, perhaps the preeminent champion of traditional Judaism in the German-speaking world of his day, as their chief rabbi. They installed him amidst much euphoria and great expectations but his autocratic and centralizing leadership style soon brought him into conflict with various Jewish communities of Moravia intent on preserving their autonomy. As we read in Chapter 5, it was only during the revolution that Hirsch managed to garner wider support as he decided to act as a kind of shtadlan (intercessor) in the interests of Jewish emancipation.

While much of the book thus focuses on decisively important rabbis and the context of their activities, Miller offers a complex picture of the revolution of 1848 and of subsequent years, reflecting on the variety of Christian stances and actions. He shows the increasingly fierce disagreements surrounding the foundation of national guards and several separate Jewish guards that culminated in the outbreak of anti-Jewish violence, the level of which at first, however, remained well under those in Bohemia and Hungary (this was to drastically change in 1850 though). In Chapter 6, Miller explains that "the debate over Jewish emancipation was a debate over the social and legal boundaries separating Christians and Jews" (252) and shows that the Moravian opponents of emancipation perceived the Jewish question primarily as a property question and preferred to emphasize economic (and related "quasi-moral") arguments.

In his subsequent chapter, the author analyzes the contested details of Jewish integration into larger society after the adoption of the Austrian constitution in March 1849. He covers several crucial debates on topics such as the proposed amalgamation of Jewish and Christian townships (that the latter typically rejected, thus forcing altogether 27 Jewish communities of Moravia to retain their religious and political character even after 1867), the reorganization of Jewish religious affairs and, last but not least, the future method of financing Jewish religious and educational institutions. His closing chapter offers sketches of major developments following the declaration of emancipation in 1867.

This study is a thoroughly researched and engagingly written narrative history. While Miller makes insightful remarks on a host of central questions, the book could have profited from a somewhat stronger analytical focus. It addresses crucial matters such as the evolving tension between corporate and individual conception of the Jews of Moravia, the changing power relations between religious and secular members of the Jewish community, the connections between Moravian Jews and Jewries in other parts of the Habsburg Monarchy or the place of Jews in the nationality conflict of the Bohemian Lands, but does not always provide fully satisfying analyses of them. Even so, the book undoubtedly remains the best scholarly treatment of Moravian Jewry in the 19th century and constitutes an essential addition to scholarship on East Central European Jewries.