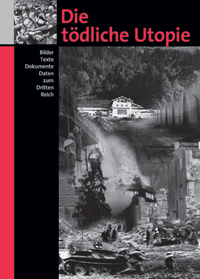 The volume under review is the new edition of the catalog designed to accompany the historical exhibition at the Obersalzberg documentation center administered by the Institut für Zeitgeschichte. The volume updates and considerably expands the original edition of 1999. It is profusely illustrated with photographs, document facsimiles, chronological tables, and maps. It also features several essays that have been organized thematically. The authors of the essays are accomplished scholars in the field, but the book, like the exhibition it accompanies, is intended for a broad readership, so it would be unfair to apply the standards expected for strictly scholarly publications. The volume represents a successful effort to synthesize scholarly findings on a topic of major importance, and to communicate those findings to a wide public. Although the book is designed to be a member of a "family" of products connected to the Obersalzberg exhibition, which also includes a DVD and a "didactic handbook", the present review is limited to the volume itself.

The most original essays in the book are those by Albert Feiber, which focus on the history of the Obersalzberg under National Socialism and after 1945 as a site of memory. In the books' longest chapter, Feiber examines Hitler's infatuation with the region, its takeover by the NS regime, its transformation into a Sperrgebiet for the Nazi leadership, and its instrumentalization for propaganda associated with the Führer cult. In the volume's final chapter, Feiber brings the story up to date, describing how the former Hitler retreat was occupied by American troops, and how the area around it later developed into a center for "Hitler merchandising". Although the Obersalzberg can in no way be considered a typical or representative region, Feiber's essays constitute an important contribution to the literature of local studies of National Socialism.

The remaining essays deal with themes that are more familiar, but are valuable as summaries of important subjects by influential scholars. Horst Möller's examination of the collapse of the Weimar Republic focuses mainly on political developments. The essay is engagingly written and richly textured, although I would suggest that the author consider three revisions for the next edition. First, the essay rightly points out that German democracy was destabilized by political radicalism on the extreme left as well as on the extreme right, but it could have said more about the power of reactionary elites over a number of German institutions. Second, the essay correctly points out that the Treaty of Versailles was despised across the German political spectrum, but it could have done more to explain that many of the German objections to the peace settlement were based on an exaggerated sense of its severity, and reflected the frustrations of a nation unable to cope with defeat in a war it had unleashed. Third, the essay has relatively little to say about social and cultural developments during Weimar, and surely some of the dissatisfaction with Weimar stemmed from opposition to women's rights, homosexuality, and other perceived threats to tradition.

In the essay contributed by Hans Günter Hockerts, the central themes are the Führer myth and the Führer cult. While important to any examination of National Socialism, these topics are especially central here because of the Obersalzberg connection. Hockerts describes some of the key components of the cult, such as the annual ritual commemoration of the 1923 putsch on November 9, but the real value of the essay lies in the effectiveness with which it argues that the cult around Hitler was an integral feature of the Nazi system of government. It helped to consolidate dictatorial rule, repress democratic tendencies, and secure popular legitimacy for the regime. In making this argument, Hockerts invokes Frank Bajohr's concept of the Zustimmungsdiktatur to very positive effect.

The concept of Volksgemeinschaft is at the core of the first of Volker Dahm's two essays. Dahm treats the concept not as a reality of the years 1933 to 1945, but rather as a product of Nazi ideology and propaganda. The essay is organized around the mass organizations of the era: NSDAP, DAF, KdF, RKK, Reichsnährstand, NSV, HJ, and RAD. The NS-Frauenschaft, and, more broadly, a systematic treatment of women, is absent. Dahm describes some of the material and psychological accomplishments of these organizations, but is careful to point out that they functioned fundamentally as agents of "inclusion and exclusion" in a society that was intended to be based on racial hierarchies. One recommendation I would make to the editors is that this essay be placed earlier in future editions of the volumes. In the current text, Dahm's examination of Nazi racial ideology, which is absolutely foundational for the entire book, does not appear until page 213.

Dahm's second essay deals with the Nazi regime's apparatus of terror. It traces the development of the police, the Gestapo, the SS, and the concentration camp system, and features a useful discussion of the concepts of Schutzhaft and Vorbeugehaft. Dahm emphasizes the very large number of people who were connected to this apparatus in one way or another. A further virtue of the essay is that it effectively dispenses with the legend that most Germans were coerced into cooperating with the regime. This is an especially important point in a book that is intended for a wide audience. Dahm's discussion of recent scholarly findings about how the police state - an especially the Gestapo - actually functioned is very well done.

Racial policy, anti-Jewish policy, and genocide are the subjects of Dieter Pohl's essay. Although it deals with "Gypsies", the disabled, and other groups targeted by the regime, the essay focuses mainly on Jews. Very much on display here is the nuance, precision, and attention to detail that is characteristic of Pohl's scholarship. My one criticism is that the essay focuses overwhelmingly on the period after September 1, 1939. While the atrocities of the wartime period are discussed over 15 pages, only three pages are devoted to the pre-war period. Thus, for example, the November 1938 pogrom - an event that was not only pivotal at the time, but which has continued to feature prominently in collective German memory of the persecution of the Jews - is relegated to a single paragraph. If I may make yet another suggestion for revisions for a future edition, it might make sense to supplement Pohl's otherwise very fine essay with a new article that concentrates on racial policy before 1939.

Hartmut Mehringer's essay offers a well-balanced treatment of resistance to National Socialist rule. It does not suffer from the all-too-common overemphasis on the July 20th conspirators, but instead provides good coverage of resistance activities among Communists, among prisoners in concentration camps, and elsewhere in German society. The essay also discusses Germans who engaged in anti-Nazi opposition from exile. While those who resisted in one form another deserve historical recognition, Mehringer rightly warns against overstating the extent of active opposition the regime. Those who resisted, he point out, formed "a tiny minority" of the population.

Christoph Studt's essay on foreign policy underscores the ideological basis of Hitler's goals, which focused on race and Lebensraum. Revision of the post-World War I peace settlement served as a cover for territorial aspirations that extended far into the East. Studt also argues - correctly, in my opinion - that Hitler was the driving force in European international affairs, while other European leaders, such as Chamberlain, Mussolini, and Stalin, were placed mainly in the position of having to react to German initiatives and actions. Hitler understood from an early point that his goals could not be attained peacefully. Beginning far earlier than his counterparts around Europe, he operated on the assumption that war was inevitable, and thus would require preparation on a number of levels.

The essay on the war itself is contributed by Christian Hartmann, who also emphasizes ideological considerations. Violence, Hartmann points out, was a central feature of the Nazi mentality in general, and the war of annihilation prosecuted by Germany can be considered a logical culmination of Nazi rule. Hartmann underscores the participation in atrocities by members of the Wehrmacht, and tries to explain how this was the product of a complex set of historical factors, not the least important of which were ideological indoctrination and socialization after 1933. Hartmann also takes pains to avoid a blanket condemnation of the millions of soldiers who fought in the Wehrmacht, most of whom were not directly involved in atrocities. This nuanced position is to be commended in a volume targeted at a broad readership in a society in which the crimes of the Wehrmacht remains a polarizing subject.

Lest the reader receive an inaccurate impression of this volume, it should be emphasized that the essays described above account for less than half of the text. The book is dominated by its visual materials, which are reproduced in high resolution and in color. The didactic impact of the volume on its intended audience may well depend more on the images than on the essays. A reality of today's world is that many people prefer to learn history from colorfully illustrated books than from actual scholarship. We can perhaps hope that many of those who purchase Die tödliche Utopie during a visit to the Obersalzberg exhibition will ultimately be tempted to read the fine essays that interrupt the pictures.