Michael F. Laffan: The Makings of Indonesian Islam. Orientalism and the Narration of a Sufi Past, Princeton / Oxford: Princeton University Press 2011 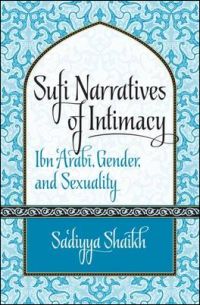 Can we expect new insights from a book about the 12th century Muslim Ibn Arabī? He received the name of Great Shaykh (Shaykh al-Akhbar) or doctor Maximus because of his great piety, divine inspiration, extensive travelling and last but not least, his large number of texts on Muslim faith in general and Sufism in particular. Many eastern and western scholars were inspired to reflect on his work up till now.

What is certainly new in Sufi Narratives of Intimacy is the background and viewpoint of the author. The vast majority of eastern and western scholars in Islam is composed by male scholars. Sa'diyya Shaikh is a woman, Indian-South African, and a scholar of religious studies and psychology. She was inspired in 1994 when the female professor Amina Wadud delivered the Friday sermon (khutba) at the ancient Clermont Main Road Mosque in Cape Town, South Africa. (4) Shaikh: "For the first time in my adult life in a public religious space, I felt myself sincerely validated as a Moslim woman". The female congregants were then allowed to leave the balcony and use the ground floor of the mosque, albeit separate from the men. The viewpoint of Shaikh, islamic feminism, is also new compared to previous studies about Ibn Arabi. The introduction is focused on muslim gender imaginaries. In the seven following chapters she moves from sufism, gender and mysticism towards the cosmology of Ibn Arabi and the creation story of Adam and Eve in the view of islamic feminism.

Chapter 1 gives a bird's eye view of Sufi history that contains a range of competing approaches to gender, sexuality and marriage. The Sufi proponents of celibacy are found in the first two centuries of Islam (Hujwiri and Rabi'a). The proponents of marriage, like the Sufi's Junayd and Rumi, refer to the prophet Muhammad, "the lord of ascetics who loved women". (57) Shaikh concludes that some central Sufi principles are relevant to questions of gender such as the intrinsic prioritization of the spiritual state over external markers of identity, and the fundamental assumption that the spiritual path makes equal demands on all human beings, men and women alike.

Chapter 2 summarizes the teachings of Ibn Arabī such as his epistemological priority of mystical insight over rational deductive logic as well as his views on the cosmos. The latter comprises a theatre that bridges the chasm between the hidden mystery of the divine on the one hand, and God's self-revelation on the other. (69) According to Ibn Arabī, the ideal human prototype, i.e. the Complete Human (al-Insān al-Kāmil), is able to fulfil the cosmic need for integration and concentration. All human beings have the potential to reflect on divine attributes. Such a state is however only possible for a small minority of individuals. The importance of mercy, the jamāli female aspects of humanity, is supported by the Quran verse My mercy embraces everything (Q. 7:156) and the name All-Merciful, al-Rahmān. Ibn Arabī gave many examples of equal rights of woman, for example on equal spirituality of man and woman in the Quran (Q. 33:35), on the equal or double value of a female witness and the dress code for woman in the hadith.

Chapter 3 is centred on the observation that mysticism and feminism share the epistemological interest in the way experience produces knowledge. Both "Day to day" and "social and mystical experiences" play together an important role in Ibn Arabī's knowledge. The Andalusian Mystic is known for his deep admiration of several outstanding female teaching Sufi's such as Fatima of Cordoba, Yasmīna, the Meccan Zaynab and the Persian Nizām. His profound love and admiration for his two sisters and two (or more?) wives is expressed in passionate letters.

In chapter 4 Shaikh outlines Ibn Arabī's constructions of gender in relation to his cosmic principles of activity (jalāl), and receptivity (jamāl) and how these principles prevail all existence. According to the author, Ibn Arabi's view is that men and women are both simultaneously active and receptive and as such are "masculine" and "feminine" at different levels of reality. (131) His approach is also holistic since he presents a cosmology in which the interrelationship between body and spirit is essential for God's manifestation. (136)

Chapter 5, "The Poetics and Politics of Adam and Eve", gives a broad overview of the dominant gendered religious imagination of Ibn Arabī. He comments in Fusūs al-hikam on the famous hadīth where the Prophet said: "Three things of this world of yours have been made lovable to me: women, perfume- while the coolness of my eyes was placed in ritual prayer". (165) The Prophets' love for women is divinely bestowed. Ibn Arabī interrelates the Creation and Love between man and woman. Desire and love between men and women mirror God's love and desire for humanity. (166)

In chapter 6, "Witnessing God in Women: A Different Story of Creation", Shaikh moves further towards the title of the book Sufi Narratives of Intimacy. Shaikh focuses on the notions of Ibn Arabī on the divine feminine, the view that God is most perfectly witnessed in women and the linkages between sexual intimacy and the knowledge of God. "Sexual intimacy, in Ibn Arabī's words, provides men and women with possibilities for total annihilation' (fanā), because each is a locus for self-disclosure for the other". (186)

In the final chapter 7, "Ibn Arabī and Islamic Feminism", Shaikh outlines the differences between her reading of Ibn Arabī and other contemporaries such as Seyyed Hossein Nasr of the contemporary Maryamiyya Sufi order in the United States. Nasr (1987) maintains that men and women have fundamental ontological differences: the male body reflects majesty and power (jalāl), the female body reflects beauty, beatitude and infinity (jamāl). Murata (1992) argued that gendered differences and hierarchy are foundational in Ibn Arabī's work, although women can achieve spiritual equality with men. Shaikh does not agree with Nasr and his pupil Murata and concludes that "the teachings of Ibn Arabī and Sufism in general have much to offer in the way of a comprehensive framework within which to interrogate a politics of gender. Politics, that must be 'the constant movement of the individual and the society toward God'". (226)

The weakness of this book is that Sufism is treated as one entity (which it is not) and that no attention is given to the fact that Ibn Arabī is considered by some Muslims as heretic or unbeliever. Her focus on Ibn Arabi will not be appreciated by those Muslims. Homosexual relations are not addressed in Shaikh's analysis, although she quotes the ninth century Sufi's like Hujwiri and al-Thawy, who condemned the love for boys (59). Although the narrative style of writing is elegant, the arguments are complex and manifold so that this book does not read as an easy novel.

The strength of this book is that Shaikh is handling the complex spheres of Sufism and gender in a critical and intellectual way. She is not running away from texts of Ibn Arabī that may sound difficult for the feminist reader. "Like a dervish, Ibn Arabī whirls with traditional narratives of women from different positions ranging from male to female superiority". (151) Or: "Ibn Arabī performs the task of a hermeneutical acrobat". (86) Building on previous works on Ibn Arabī from Austin, Chittick, Corbin and Knysh, she is adding new insights from the gender perspective including some poems of Ibn Arabi to his female disciples. Shaikh presents many arguments for her position that Ibn Arabi offers Copernican possibilities for the transformation of contemporary Muslims to rethink gender in new contexts. This transformation is very much anticipated by many Muslims in the twenty first century.